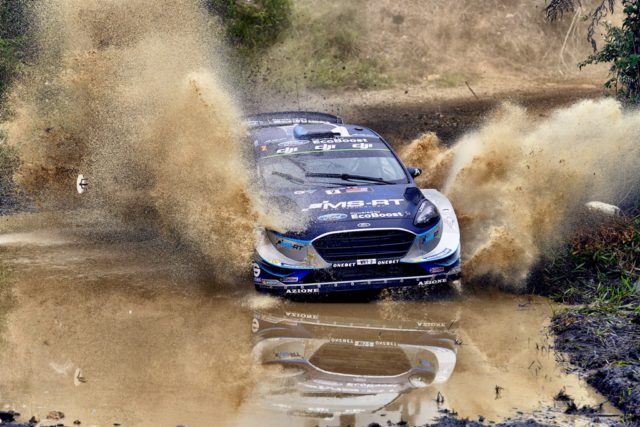 M-Sport brought their most successful FIA World Rally Championship to the perfect close at Kennard’s Hire Rally Australia – Ott Tänak and Martin Järveoja claimed second place to ensure that there has been an EcoBoost-powered Ford Fiesta WRC on the podium at every round of the championship.

All three M-Sport crews finished inside the overall top-five. They mirrored their consistently strong performance throughout the season with all three crews also finishing inside the top-five in the championship standings.

M-Sport’s achievements have been vast this year. Wrapping up the FIA World Rally Championships for Drivers, Co-drivers and Manufacturers, M-Sport has also claimed more wins and more podiums than any of their rivals. All three crews have secured victory, and the Fiesta has proved competitive on every surface.

“This has been an absolutely incredible season for the team and we have truly sealed it in style. We knew this was likely to be our most challenging event of the year. So to have all three cars in the top-five at the end of the rally is fantastic”, Team Principal Malcolm Wilson said.

“It really does mirror our performance throughout the season with all three of our crews also securing top-five positons in the championship. It’s something that we are extremely proud of. And I think it goes to prove how consistently strong the whole team has been this year.”

M-Sport Team Principal Malcolm Wilson: “This has been an absolutely incredible season for the team and we have truly sealed it in style”

“We have produced a car that can reliably perform on any surface. And every single member of the team has put their all into everything they have done. This success wouldn’t have been possible were it not for them. I really am so proud of the passionate and dedicated workforce that we have at M-Sport.”

“To have Ott and Martin complete our full set of podiums was great. And the perfect end to what has been a very special relationship. It isn’t easy to say goodbye, but I will say thank you for all that they have done this year. They’ve been such an integral part of our success. And we all wish them the best in their new adventures next season.”

The boss says goodbye to @OttTanak, forever a part of our special family #WRC pic.twitter.com/1po5BDIUCW

Ricciardo: Hockenheim is a fun circuit, my highlight is the battle with Alonso in...