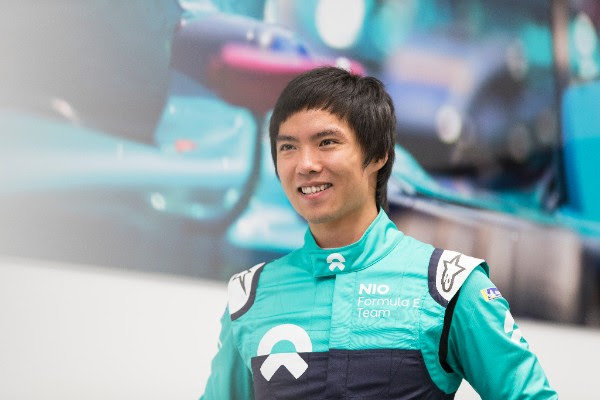 Chinese racing driver Ma Qing Hua has joined NIO Formula E Team for the 2017-2018 FIA Formula E season. He shall travel with the team to the first ePrix event in Hong Kong in the role of Reserve Driver.

Ma was born on 25th December 1987 in Shanghai and has been competing in international motorsport since 2005 in series’ including EuroFormula Open, Italian Formula 3000, British F3 Championship, A1 Grand Prix and the GP2 Series.

Ma is an ambassador for motorsport in China where he runs an academy for young drivers at his karting circuit. He made history in 2012 when he became the first Chinese-born driver to take part in a number of Formula 1 practice sessions with HRT F1 and Caterham F1 team the following year.

Ma has also raced successfully in touring cars, winning the China Touring Car Championship 1600cc class drivers’ title in 2011. His greatest international success came in 2014 when he won round two of the World Touring Car Championship in Moscow with Citroen. That made him the first Chinese driver to win an FIA governed event. Ma added to his touring car success the following season with a victory in Portugal and five further podium finishes. He clinched fourth place in the 2015 WTCC.

“I am extremely proud to be appointed as the Reserve Driver for the NIO Team. NIO is an exciting new brand and rising star in the industry, having accomplished so much already in a few short years from tremendous R&D work to participation in Formula E racing.”

“I am also very excited to be part of the NIO family, joining so many great people that I have worked with before. I firmly believe that electric cars are the future for all of us. And I look forward to witnessing the rise of a new era with NIO.”

“It is with great pleasure that we welcome Ma Qing Hua into the NIO Formula E Team family in the role of reserve driver. We have been working with Ma over the course of the summer manufacturer testing period. This appointment concludes our driver line-up for Season 4 nicely.”

“NIO is first and foremost a Chinese EV brand. So it extremely fitting to have Ma join the NIO Formula E Team. And it will be great to see him back in the Paddock in Hong Kong next week.”

Scandal at Dakar: Sainz with a 10’ penalty, Koolen threatens to sue

McLaren appoints Bob Fernley as President for its IndyCar project