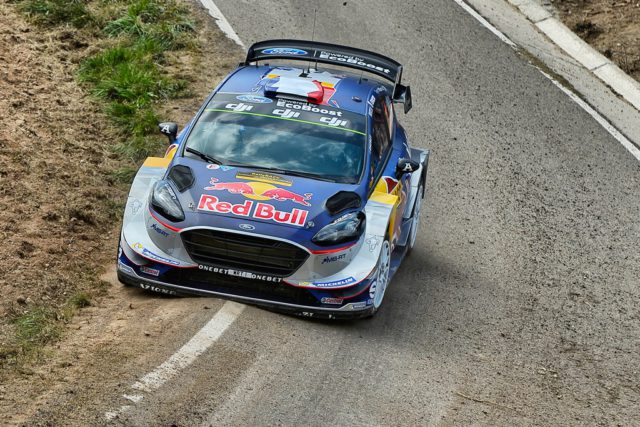 Ogier and Ingrassia have excelled on all surfaces during the weekend in Spain. But they made the difference with a stunning performance through the loose-surface terrain when opening the road on Friday.

The crew knew that they would be at a disadvantage through the loose gravel. Thus they applied all of their knowledgeable expertise to target a push through both passes of the pivotal Terra Alta stage. That strategy saw them just 1.4 seconds adrift of the lead before the move to asphalt. 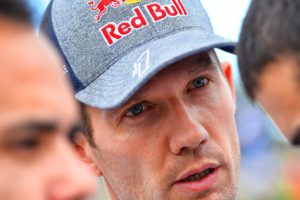 With the Fiestas transformed into their asphalt guise, Ogier worked hard to find a good balance in the car and fought off a late charge from Tänak

An additional three points for the third fastest time through the Power Stage finished off a job well done for the reigning World Champion.

“We’ve taken a really positive step towards the championship. I think we were on course to extend the lead anyway. But with Thierry’s mistake that changed the picture completely and we’ve been able to extend the gap even more”, Ogier said.

“We were never really in a position where we had to take all the risks, but we still had to keep a good rhythm. There was no chance to fight with Kris [Meeke] as he was just on another level on the Tarmac, but we had a clean drive and it’s definitely been a positive weekend.”

“It’s been good news for the team too as the manufacturers’ championship is now pretty much done. And we can start to plan a bit of a party for their home event in a couple of weeks’ time.” 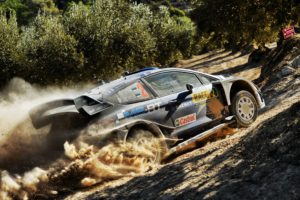 An additional two points from the Power Stage also elevated them to second place in the drivers’ championship – 37 points shy of teammate Ogier with 60 points still up for grabs.

Tänak led the rally through the early stages. Then a slow puncture on Friday followed by a precautionary gearbox change on Saturday prevented him from launching a full-on attack.

Tänak had to tackle the super-smooth asphalt with a gearbox which was for his loose-surface set-up. He had to concede second place to Ogier but kept his championship hopes alive.

“We feel good at the end of this one”, Tänak admitted. “This result was more or less the maximum we could do so a great result overall.”

“I think our first day was particularly good. We were quite early in the running order and still managed to stay close to the lead. Then on Tarmac, we had a couple of small issues but generally a good run and a good feeling with the car.”

“For sure there will be a big fight for second place in the drivers’ championship now. Sébastien is pretty safe, but there is still something to fight for and two more exciting events ahead.” 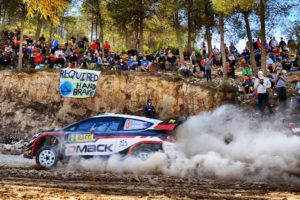 Rally de España has rarely been kind to Elfyn Evans, and the Welshman would endure another tough weekend this year

Despite a lack of traction on the multi-surface event, Evans and co-driver Daniel Barritt remained the ultimate professionals. They made it through all of the stages and collecting valuable data on their way to Evans’ best result on Spanish soil.

“Everyone knows that this was a tough weekend for us. But we kept our heads down and got the job done. It’s not been easy, but we managed to get a lot of information from all of the kilometres. Now we can start to focus on Wales Rally GB”, Evans commented.

Thierry Neuville: i20 Coupe WRC offers us genuine promise for the season

Kimi Raikkonen and Shell test cars of the future