Hyundai Motorsport has its sights firmly set on victory at Rallye Deutschland, as the WRC returns to tarmac for the first time since April’s Tour de Corse. In France the team registered the first of its three wins of the 2017 season to date. 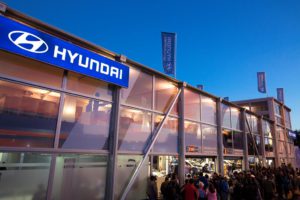 The German round of the FIA World Rally Championship (WRC) is the tenth event of the season, and a home rally for Hyundai Motorsport, whose factory in Alzenau is situated just over two hours away from the service park

The scene of its first WRC victory in 2014, the team has always performed strongly at Rallye Deutschland. Thierry Neuville and Dani Sordo have registered two podiums apiece at the event. There was a 1-2 in 2014 (Neuville was first), and a 2-3 last season with Sordo ahead.

The 2017 edition will have extra poignancy for Hyundai Motorsport with Neuville leading the Drivers’ Championship on 160 points, equal with reigning Champion Sébastien Ogier.

All three crews, Neuville and Nicolas Gilsoul, Sordo and Marc Martí, as well as Hayden Paddon and Seb Marshall, will be looking to bounce back from a difficult Rally Finland and reassert the team’s championship credentials.

To prepare for the rally, all crews have tested the Hyundai i20 Coupe WRC on tarmac. The car settings varied significantly from the recent run of gravel rallies. There were two days of running at Baumholder in July and then four days in the vineyards at the start of August.

“Rallye Deutschland is one of the highlights of the season for Hyundai Motorsport. It is our home event, and an opportunity for us to bring the WRC action closer to everyone who works so hard in the Alzenau factory. We are moving back to tarmac after a long, and generally positive, run of gravel rallies. After a tough weekend in Finland we are determined to return to form in Germany, where we scored our first victory in 2014 and a double podium last year. We don’t automatically assume we will be able to repeat that sort of performance – especially with the competition in this year’s Championship. But that’s certainly our aim. With Thierry leading the Drivers’ Championship, we are all motivated to secure a strong combined team result.”

The duo showed their potential on gravel with a Polish podium. So they will be looking to adapt quickly to the German tarmac terrain next weekend.

Paddon said: “Rallye Deutschland is a unique rally, almost three events into one. We have vineyards, public road and the classic Baumholder military sections, which combine to make it an interesting challenge. We will be using the rally as a way to develop ourselves further and to build up confidence and performance on tarmac. Being so close to the team’s home base in Alzenau gives us extra incentive.”

Some photos from @formulamedicine this week. Its great to work with a group of friends who are highly motivated to help us achieve our goals pic.twitter.com/EqSunUTXAI 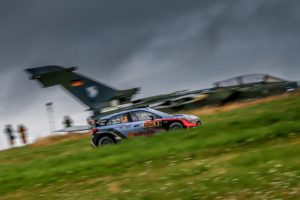 Championship leader Neuville has scored more WRC victories than any other driver this season, with wins on Corsican tarmac, and the gravel roads in Argentina and Poland

Alongside co-driver Gilsoul, he will be looking to extend his advantage in Germany, where he has taken a win and a third place in the past three seasons.

Neuville said: “Germany is usually a really good event for us, as a crew and as a team. We have great experience and memories from there, particularly from our first WRC win in 2014 with Hyundai Motorsport. Heading into this year’s edition leading the Championship is something new, but I am really looking forward to opening the road. Hopefully, we can enjoy another strong performance, and try to increase our lead in the classification. It won’t be easy, but we know we can be fighting at the front.” 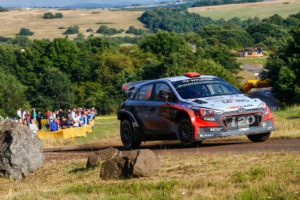 The Spanish crew has two second-place results to their name in Rallye Deutschland as a Hyundai Motorsport crew, in 2014 and 2016. The target is to register their third top-three of the season, and third German podium in four years.

Sordo said: “It will be enjoyable to get our Hyundai i20 Coupe WRC back on tarmac after a long run of gravel rallies. We’ve had some highs and lows in recent events. So I am aiming to build up some consistent and competitive results in the coming rounds. Germany is a nice event with some tricky roads. The wider 2017-specification WRC cars will be a challenge on some of the narrower vineyard roads. And we will also have an eye on the weather. I am in a positive frame of mind and ready to hunt down another German podium.”

Neuville: We used the first kilometers to discover the car in competitive conditions

Ricciardo: If we’re not the best, we’re certainly close