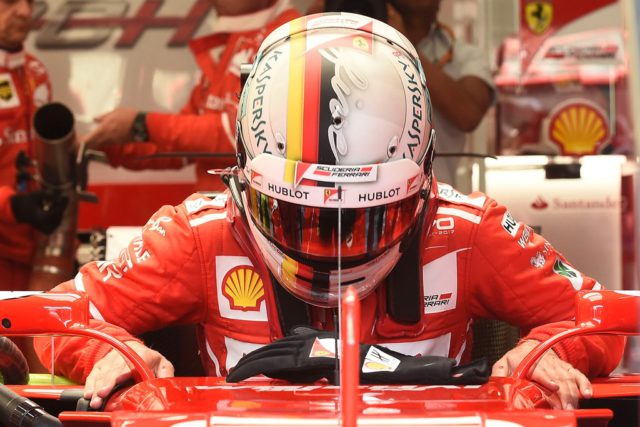 Sebastian Vettel signed a new 3-year contract with Ferrari, the team announced at the Spa-Francorchamps circuit. He remains at Maranello until 2020.

Thus the Scuderia puts an end to the speculation who will be driving for the team next season. Earlier this week it was announced that Kimi Raikkonen will remain in the legendary Italian team for the following season.

The current Vettel contract expired at the end of 2017.

The announcement from Ferrari was as laconic as that of Raikkonen.

It said: “Scuderia Ferrari has extended its technical and racing agreement with driver Sebastian Vettel for the 2018, 2019 and 2020 racing seasons of the Formula One World Championship.”

Vettel’s stay was expected, but the length of the new contract could be considered surprising. Sebastian was trying to make a shorter deal – possibly for one year. From the Scuderia, however, insisted for a three-year term and apparently persuaded the four-time world champion to accept it.

Sebastian Vettel signed a new 3-year contract with Ferrari, the team announced at the Spa-Francorchamps circuit. He remains at Maranello until 2020

Vettel debuted in Formula 1 in 2007 for BMW Sauber – at the United States Grand prix after Robert Kubica’s horrific crash in Canada. Later that season he went to Toro Rosso. In 2008 Vettel won his first race with the Faenza team – the Italian Grand prix at Monza.

Extension of the agreement between Scuderia Ferrari and Sebastian Vettel.https://t.co/jKmGTz1Sci pic.twitter.com/36CURtCu2i

Renault confirms that Ricciardo is joining the team