Following a stylish, controlled performance, Andreas Mikkelsen and Anders Jæger grabbed second place for Citroen at ADAC Rallye Deutschland. A strong weekend for the team was rounded off by Craig Breen and Scott Martin, who finished fifth for the sixth time this season!

Mikkelsen started the last day of the race in confident mood, determined to keep up the pressure on Ott Tanak and to snuff out any chance of a comeback for Sébastien Ogier. The Norwegian put his plan into action straight away. With two second fastest times on the first pass on the stages, he narrowed Tanak’s lead to 18s and extended his advantage over Ogier to 19.3s.

With the roads getting increasingly dirty as more cars completed the stages, Andreas Mikkelsen decided not to jeopardise his second place by pushing on the final speed test. At the end of the Power Stage, the Norwegian was all smiles, while claiming the 21st podium finish of his WRC career. It was his first top 3 result in only his third rally with Citroen. 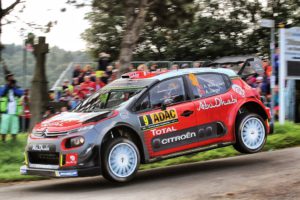 “I’m very happy, I think this is the best second place of my career!”, Mikkelsen exclaimed

“I’m proud of what Citroen Racing, Anders and myself have managed to do. Despite starting well down the running order on day one, we managed to stay in the fight for first place by pushing to the limit. We made a few minor mistakes after that, but I’m pleased to have kept Sébastien Ogier behind us.”

Great car, great co-driver and great ?! #RallyDeustchland is a wrap and we can celebrate with a P2! #WRC #FightbackToWRC #EVENpower pic.twitter.com/wcHDenaoYW

“It is a just reward for the enormous amount of work we put into preparing for this year’s Rally Deutschland”, he continued.

“It’s been a long wait to get two cars into the top five and we’ve secured our second best result of the season thanks to Andreas Mikkelsen. We also managed to achieve our target of winning some stages, both through Andreas and Craig Breen. This fifth place provides yet further evidence of his consistency since the start of the season.” 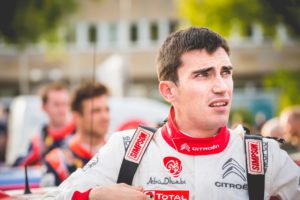 On the Power Stage, he rounded off an impressive final day performance to move ahead of Elfyn Evans. Following identical results in Monte Carlo, Sweden, Corsica, Portugal and Finland, Craig Breen and Scott Martin finished fifth overall for the sixth time in 2017.

“It’s almost unbelievable to be fifth again, but it shows our consistency. I pushed from start to finish. I couldn’t have gone any quicker over the final jump on the Power Stage. In fact, the landing was so heavy that we cracked the windscreen! But we managed to sneak into the top five so overall, it’s been a pretty positive weekend. We learned a lot at an event that I didn’t know very well, so that’ll be useful for me in the future”, Breen said.

At least we ended the year with a more representative result, Paddon said