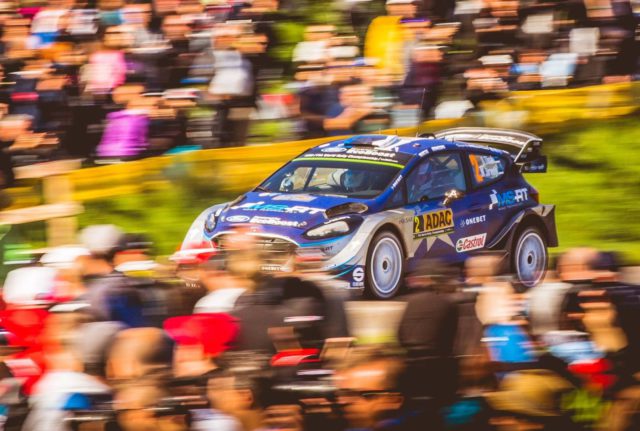 Mikkelsen fended off Sebastien Ogier, who finished a further 14.0 sec behind in his Fiesta. The Frenchman moved back to the top of the World Rally Championship with 17 points advantage over Thierry Neuville. The Belgian didn’t score any points.

Mikkelsen ended up 14 seconds ahead of third-placed Ogier. The champion was the only driver on the podium to pick up bonus points in the Power Stage – where he was fourth.

Having overhauled Elfyn Evans earlier on Sunday, Juho Hanninen finished as the lead Toyota in fourth, while the Welshman himself was then also shuffled down to sixth by Citroen’s Craig Breen.

Breen had closed to within two seconds of Evans by topping the penultimate stage and did enough in the Power Stage to clinch his sixth fifth-place finish of the campaign.

Jari-Matti Latvala was seventh for Toyota, ahead of the top Hyundai of Hayden Paddon and M-Sport’s local guest driver Armin Kremer.

Petrucci: I honestly had the potential to finish on the podium