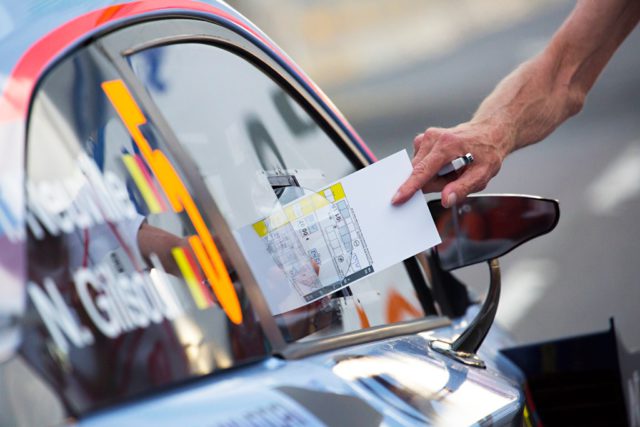 Conditions in the SS10, according to Citroen’s Andreas Mikkelsen, were much drier than expected. Andreas added that he personally was cautious through the distance “to take care of tyres, maybe too much”.

Sebastien Ogier also pointed out that he was “a bit too cautious”.

“I think that Thierry being stopped made me drive a bit differently. The gap with the front guys is a bit big”, the Frenchman explained.

“We don’t know what happened but I think we need to analyse it properly to understand”, Neuville’s co-driver Nicolas Gilsoul said.

“It’s not over yet and we will not give up on the Championship. We will fight for it.”

The Belgian was first in the order as he had three wins, while the M-Sport driver had two.

Another Hyundai driver – Hayden Paddon – had problems in SS10.

“We picked up a puncture. I’m not sure how – very easy to do that here. We stopped to change”, he explained.

Hyundai sets firmly its sights on the manufacturers’ and drivers’ titles

Marquez wins in Malaysia to secure 2018 Constructors title for Honda