With the fast roads littered with hairpin bends on Friday, the military tracks on Saturday and Sunday’s open country roads, ADAC Rallye Deutschland offers three very different types of surface, requiring considerable preparation work from the engineers and driver crews. Citroen Racing, therefore, ran seven days of testing for the C3 WRC ahead of the event. Kris Meeke, Craig Breen and Andreas Mikkelsen worked in stints to gather as much information as possible and decide on the best settings according to conditions. 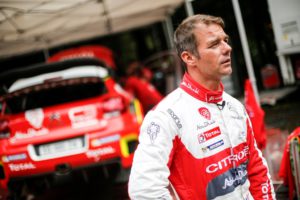 On the final day of testing, Sébastien Loeb rounded the job off during his first session at the wheel of the Citroen. All of this data will be invaluable during the rally. But the team will still need to keep an eye on the weather.

For the second all-asphalt race of the season, the Citroen crews have a few aces up their sleeve 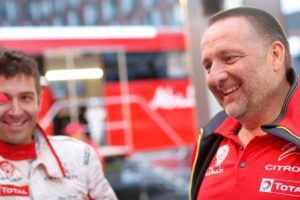 “In preparation for this rally, we set up one of the most intense testing sessions in the history of Citroen Racing”, team principal Yves Matton explained.

“On the first six days, the appointed drivers were able to drive on the three types of surface encountered during the race. They were all satisfied with the work done. Sébastien Loeb and Daniel Elena then did an additional day’s work. The heavy rain that fell in the morning wasn’t ideal but it helped us gather valuable information on driving in such specific conditions. In the dry, Seb’s impressions matched those of Kris, Craig and Andreas and we compared the different technical feedback.”

“Everything appears to be following on consistently after the Tour de Corse, where we showed how competitive the C3 WRC is on tarmac. As has often been the case this season, the race is bound to be very tight. We aim to be among the frontrunners. But it’s difficult to make any predictions, especially as the weather is likely to significantly influence the way that the race plays out.” 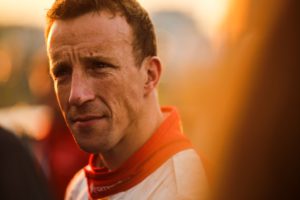 Kris Meeke and Paul Nagle, who led the Tour de Corse before running into mechanical issues, will want their revenge

“At the Tour de Corse, we saw the C3 WRC’s potential on tarmac. Germany is a different challenge, but I’ve got that same great feeling I had during testing. I’ve tried the car out on the different surfaces and in different conditions. It’s very hard to approach this rally because there are three different types of terrain. And the weather rarely stays the same from start to finish. I really enjoy driving through the vineyards. At top speed on the very narrow, winding roads, you have to steer extremely accurately. Yet if you hope to place well at the finish, you need to go flat out from the first to the final mile!”, Meeke commented. 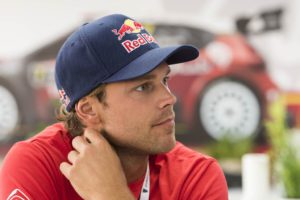 As for Andreas Mikkelsen and Anders Jæger, they topped the scorecards at the end of the first stage of the German rally in 2016 and will be keen to play a starring role for their first outing on tarmac with the C3 WRC

“My favourite rally is still Catalonia but I really like the route of the German event”, Mikkelsen said.

“I’m delighted to be competing at the wheel of the C3 WRC. And I think that we’ve pinned down the right settings for the different types of terrain. For the first time in my career, I’ve been able to do some testing at Baumholder. It helped me learn more about tyre management and braking. Like everyone else, I’m sure that the weather will significantly affect the race. If it is dry on Friday and I feel ok in the car, I think I can aim for a podium place.”

Although Craig Breen and Scott Martin only have limited experience on this surface, they will again be aiming for the top five

Top 5 is a result they have now achieved five times and which puts them seventh in the current World Championship standings.

“I have only competed in this rally twice. And this will be my first outing at the wheel of a World Rally Car. My experience is limited but I’m really motivated because for me, tarmac is the ultimate rally challenge. After a satisfactory Tour de Corse and some good testing before Germany, I’m trying to keep that positive mindset. There are a number of special stages, but I’m most looking forward to the specials through the Mosel vineyards. You have to interpret the changes in grip and find the right pace through the bends and hairpins. I’m also keen to embark on Sunday’s leg, which will be new for everyone”, Breen explained.

Nice to be back on my favourite surface, tarmac! They even found me a bumpy narrow road with grass up the middle!????https://t.co/zxRHoGyjyV

I hope they showed a lot of that on TV, Daniel Ricciardo smiled