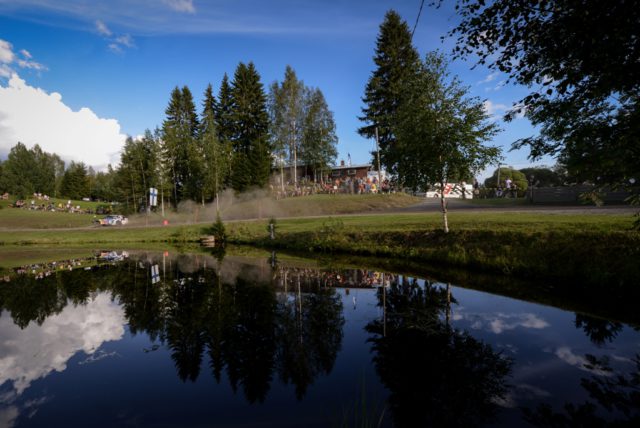 M-Sport has a rich history at Rally Finland, as well as its team principal Malcolm Wilson. Having tackled the super-fast roads as both a driver and a Team Principal, he knows what challenges lay in wait. Sébastien Ogier also knows it very well – he has even a victory there, while Ott Tänak hopes he will take one.

Wilson sampled the specialist Finnish roads for the first time in 1986 – securing a top-ten finish before returning to compete in both 1990 and 1993.

But it’s as a Team Principal where Wilson has excelled in Finland. In 1996, Jarmo Kytölehto and Arto Kapanen piloted their Malcolm Wilson Motorsport prepared Ford Escort RS Cosworth to a fine third place, and the results have only improved since then.

Teaming up with the Ford Motor Company from 1997 onwards, M-Sport cars have claimed 19 podiums and five wins on Finnish soil. The first victory came with Markko Märtin in 2003. Marcus Grönholm piloted the Focus to back-to-back victories in 2006 and 2007 and Mikko Hirvonen won on home soil in 2009 – as did Jari-Matti Latvala in 2010. 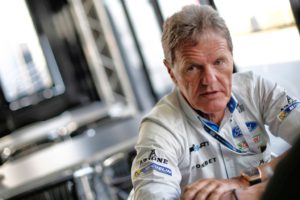 In 2017, Wilson is keen to see his team add to their impressive history at Rally Finland

“It’s been a long time since the championship has been this close heading to Rally Finland and that sets the scene for a very interesting event”, Wilson pointed out.

“This is a rally that everyone looks forward to – teams, drivers and fans alike – and it’s easy to see why. The speeds and jumps are incredible and, with these new cars, I’m sure that this year’s offering will be something quite spectacular.”

“We’ve had a lot of success at Rally Finland over the years, and the whole team has been working hard to ensure we can add to that this year. It’s a shame that our test was cut short. But our drivers came away happy having found a good feeling on these specialist roads. I believe that all of our drivers are capable of delivering some very positive results.”

“I’m expecting a very close battle, but that’s what makes this sport so exciting. Needless to say, we’re all looking forward to the fight and hoping to come out on top.” 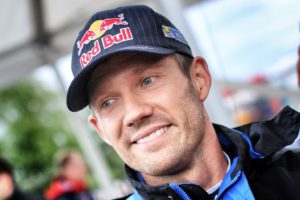 Currently leading the drivers’ standings by 11 points, Sébastien Ogier and Julien Ingrassia will be keen to extend their lead in Finland

Having claimed victory at the Finnish fixture in 2013, the Frenchmen know what it takes to win.

“Rally Finland is most definitely a highlight in the season. The Finns certainly know how to deliver a good rally, and these gravel roads are tailor-made for rallying”, Ogier commented.

“It’s fast – really fast – and the big jumps and high grip levels offer an incredible sense of speed that every driver looks forward to. At that pace, you’re fighting for tenths of a second and I’m expecting a very close battle.”

“The weather looks as though it could be a little unsettled. So we’ll have to wait and see how that plays out, but we want to be in the fight at the top. That demands a near-perfect performance throughout the weekend with no mistakes and a set-up that delivers confidence in the driving.”

“We had a two-day test [last week] and, although it was cut short and I’m sorry for my teammates who were unable to continue, the car felt fantastic. I’m really looking forward to the rally now – where we hope to secure a good result for our championship defence.” 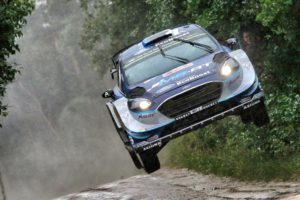 Having missed out on victory in Poland, Ott Tänak and Martin Järveoja have a score to settle. Keen to add another win to their ever-improving repertoire, the Estonians will be ones to watch in Finland

Relishing the flat-out speed tests that Finland has to offer, the pairing are aiming for a podium finish and the top-step could well be within their reach.

“Poland didn’t end the way we wanted it to, but we know that we have the pace and we’ll be looking to take that forward to Finland – another high-speed rally and another of my favourite events”, Ott Tänak said.

“I think every driver looks forward to Rally Finland. When you’re on it and hook up the perfect stage there really is no better feeling. The roads are really fast with blind corners after big jumps and a surprising amount of grip. You need to be brave and confident in yourself. If you don’t feel completely comfortable it’s almost impossible to push to the maximum and you’ll lose time.”

“We completed a two-day test in Finland – working to find the best set-up – and I’m confident that we’ll be able to fight at the head of the field again.”

Vettel: We were not fast enough