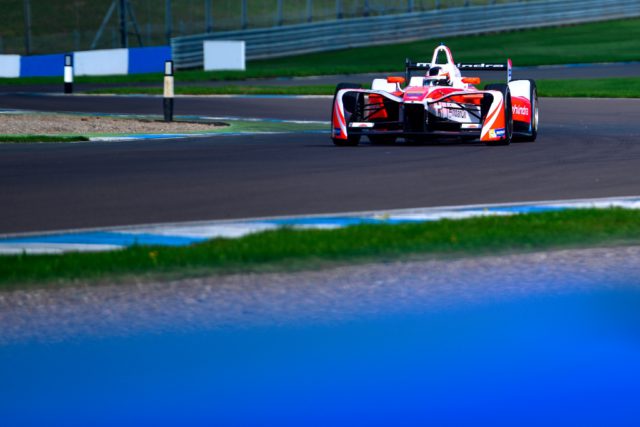 Mahindra Racing launched the third edition of its hugely popular global crowd sourcing design competition, #DrivenByDesign. The team invited its fans, called ‘Passioneers’, to design the livery of its next Formula E race car, the M4Electro.

Mahindra Racing had its best ever season in Formula E during Season 3. The team was third in the Team Championship, meanwhile taking its maiden race win, ten podiums, three pole positions and two fastest laps. The M3Electro car had a fan-created livery throughout the whole season, which won the fans’ vote in an online poll.

To enter the #DrivenByDesign contest, all that any racing fan need do is visit the microsite: drivenbydesign.mahindrafe.com.

The big prize includes a day with the Chief Designer of the iconic Pininfarina design studio in Turin, Italy, which is part of the Mahindra Group.

Entrants can submit as many designs as they want, while the winning design will become the livery of the M4Electro race car for Season 4.

Mahindra Racing is an Indian motorsport team owned by Indian automobile manufacturer Mahindra & Mahindra. In 2014 Mahindra Racing became one of the founding ten – and the only Indian team – in Formula E.

From the second season of Formula E (2015-2016), Mahindra developed their own electric powertrain for the M2Electro. The team worked together with Mahindra Electric, whose sole aim is to develop and produce affordable compact electric cars.

The M2Electro impressed from the beginning of the season and Nick Heidfeld scored a podium in Beijing. Bruno Senna meanwhile had a second podium in London. The M2Electro has also impressed with its efficiency and reliability with 7 double podiums. It took 5th place in the constructors’ standings, which was much better than the 8th before.

Season 3 (2016-2017) was the best in Mahindra’s Formula E history until now. The team has developed the new M3Electro and together with drivers Felix Rosenqvist and Nick Heidfeld, the team has high technical and sporting ambitions.

Marquez with a record-breaking pole position at Silverstone

ATTACK MODE and what else is new in the regulations for the Formula E...