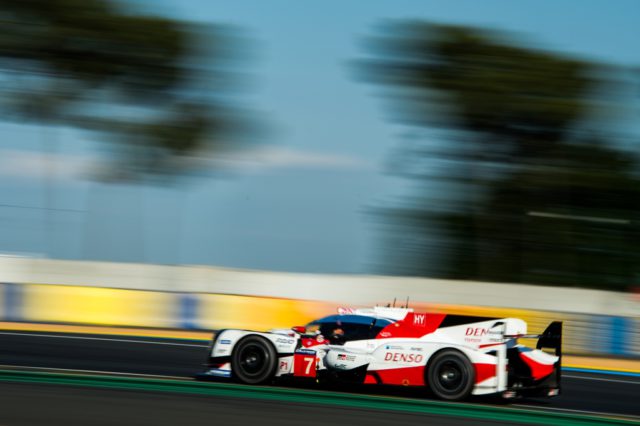 Toyota holds provisional pole position after the first qualifying session for the 24 Hours of Le Mans. The legendary race is the third round of the 2017 FIA World Endurance Championship (WEC).

Having won the opening two WEC races of the season, Toyota is aiming to win Le Mans for the first time. The team made its debut in 1985, and the TS050 HYBRID cars made a strong start to the event.

Kamui Kobayashi set the provisional pole position time in the #7 TS050 HYBRID. He shares it with Mike Conway and Stéphane Sarrazin with a lap of 3min 18.793secs, which is already 0.940secs faster than last year’s pole position time. 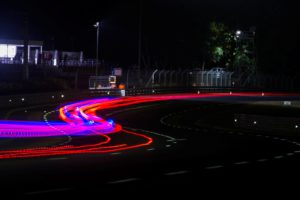 Kamui Kobayashi set the provisional pole position time in the #7 Toyota TS050 HYBRID he shares with Mike Conway and Stéphane Sarrazin with a lap of 3min 18.793secs

Grid positions for Le Mans are decided by the fastest single lap from any of the three two-hour qualifying sessions. Therefore, the starting grid will be confirmed at midnight on Thursday. Then the chequered flag flies at the end of final qualifying.

Ahead of a 24-hour race, one-lap performance was not the main priority. Most of Wednesday’s track time was dedicated to optimising the TS050 HYBRIDs for race conditions at the Circuit de la Sarthe, which is part public roads, part permanent circuit.

“Even though my lap was fastest, I had traffic so that was a bit frustrating”, Kamui Kobayashi commented.

“But it’s good to be on provisional pole. In the afternoon I got more confident with the car and we made progress. It is a 24-hour race so qualifying isn’t the priority. Let’s see how we can improve the car for long runs because we need to be prepared for a long race.”

“That was a great lap by Kamui, especially considering it wasn’t a full-blown qualifying attack”, Mike Conway added.

“It has been a good job from the whole crew to get the car in such good shape because we have been steadily improving. We are focusing on the race so we just have to keep working away and prepare the best we can. I feel pretty prepared already after a good first day.”

Provisional pole position – a great start but plenty still to do. While we recharge for Thursday’s action, enjoy the highlights from Q1. pic.twitter.com/kfBKLeMRl1

Vergne: When I found out I was speechless. I need more time to process...