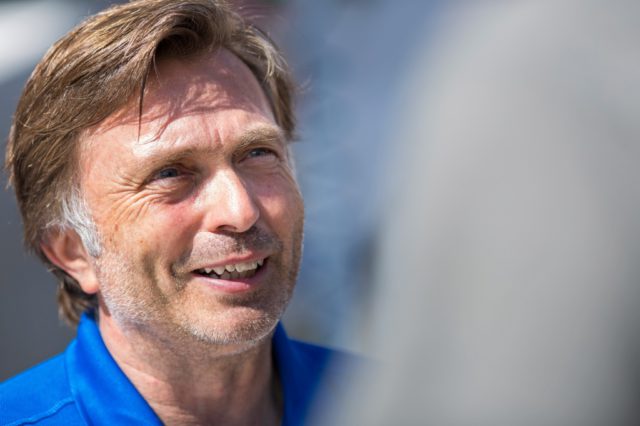 Jost Capito returns to Wolfsburg – as Managing Director of Volkswagen R GmbH and Volkswagen Zubehör GmbH, the company announced. The move is effective from June 1st 2017.

Volkswagen R GmbH is the competence center for design- and performance-oriented products of the Volkswagen brand. Volkswagen Zubehör GmbH develops and markets vehicle accessories throughout the world. 58-year-old Jost Capito Ulrich Riestenpatt gt. Richter, who was managing director since 2009. Mr. Riestenpatt gt. Richter already became the Plant Manager at Osnabrück as Speaker of the Management Board and Managing Director, Technical, of Volkswagen Osnabrück GmbH in October 2016 in parallel to his other responsibilities.

Capito is an engineer. His first job for the Volkswagen Group and in motorsport was in the Porsche racing department. The German manager started working there in 1989. From 1996 to 2001 he managed the Sauber Formula 1 team. After that moved to Ford, where he was responsible for motorsport activities and performance vehicles (from 2001 to 2011).

In 2012 Capito became Director of Motorsport of the Volkswagen brand. He led the department and Volkswagen team to first place in the FIA World Rally Championship in 2013, 2014 and 2015. After that Capito became CEO of McLaren Racing in 2016. He spent less than four months in Woking as Ron Dennis was ousted. Then Capito also left the company.

The Singapore Grand prix: The night? The rain? No, the pitfalls lie elsewhere