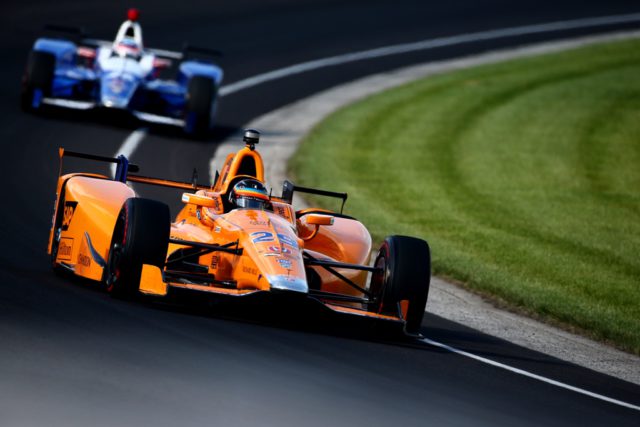 Fernando Alonso did not feel actually faster speeds on the last day of practice before qualifying for the 2017 Indianapolis 500. He also said there’s not much pressure for the first qualifying day on the oval.

“Not really”, the McLaren-Honda-Andretti commented. “I think at the end of the day when you’re driving the car you don’t realize if you are six or seven miles (per hour) faster. You always want an extra mile to be able to go faster. The day was obviously a little bit stressful with the rain coming and we tried to fit as many laps as possible in the (early afternoon). Yes, we managed to fit another two (qualifying-simulation) runs late in the day. We’re quite happy. It was another day of learning those extra speeds and hopefully we have a good (qualifying run).” 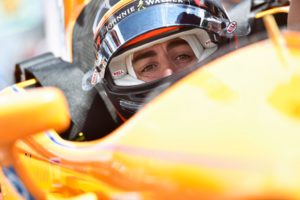 Fernando Alonso: “It is another learning day. We’ll see what we can do, but there’s not much pressure”

“Saturday is about doing a good four laps, hopefully (qualify) in the first nine and wait for Sunday for the real final classification. Saturday is another day, but for me, it is another learning day. We’ll see what we can do, but there’s not much pressure.”

Number 33 is drawn out by @ZBrownCEO for the #29 in the #Indy500 Qualifying Draw. pic.twitter.com/EIdSaGRwmj

Ricciardo fastest on Friday in Hungary

Hulkenberg: Friday practice is important to get up to speed of learning a new...