Long before the World Championship was founded, the Tour de Corse started to build its legendary status in the 1950s. Back then, the island’s roads provided an unforgiving test of the handling of the cars and the talent of the drivers. Even today, the “Rally of 10,000 Corners” is still known for its narrow, twisty stages with uneven and abrasive roads. Demanding on the brakes and tyres, the mountain landscapes are also capable of serving up constantly changing weather. Whether the rally is held in the autumn or the spring, like this year, it is extremely unusual for rain not to put in an appearance at some point!

The French round of the World Championship was in October last year. In 2017 calendar it takes place in April, between the rallies in Mexico and Argentina. A very welcome reorganisation, which avoids there being a long uninterrupted series of six gravel rallies. As a result, the organisers have not made any drastic changes to the route, which is almost identical the one used in 2016. After an opening leg on roads around Ajaccio, the competitors will stay in the Bastia region on Saturday, before fighting it out on stages close to Porto-Vecchio on the final day. The itinerary of this sixtieth edition of the rally features only ten stages.

Taking place over ten stages and a competitive distance of 316.80km, Tour de Corse will serve as the first all-tarmac event of the 2017 WRC season. The service park remains at Bastia Airport in the northeast.

Stamina will be key for the drivers on Friday. There will be no midday service, instead just two tyre fitting zones in Porticcio. Saturday sees only four stages run but it will represent the greatest distance covered on any of the three days, with both loops totalling 131.96km.

The final leg on Sunday features the longest stage of the entire rally. SS9 runs between Antisanti and Poggio di Nazza and covers a whopping 53.78km. There will be no respite for the crews ahead of the rally-concluding Porto-Vecchio – Palombaggia Power Stage.

Tour de Corse is famed for its many tricky twists and turns, which have contributed to its nickname – “Rally of 10,000 Corners”. Providing some of the most stunning scenery on the calendar, the rally takes place against a variety of backdrops, ranging from jaw-dropping cliff edges, to crystal blue seas and picturesque villages.

This will be only the third iteration of the event since its reinstatement to the WRC calendar in 2015. The itinerary itself will have a familiar feel, although several stages are shorter, reducing the competitive distance from 390.92km to 316.80km. 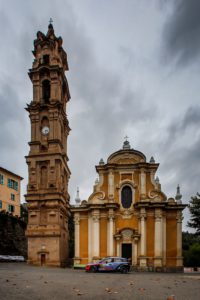 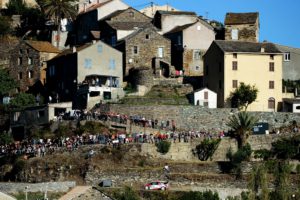