Yas Marina Circuit revealed the stunning track layout for the opening round of the FIA World Rallycross Championship. The event will take place on April 5-6. At an official opening ceremony, Muhammed bin Sulayem had the honour of completing the first laps of the track. The 14-time FIA Middle East Rally champion and president of the Automobile and Touring Club of the United Arab Emirates was at the wheel of the GRX Taneco RX2 car.

The 1.2-kilometre rallycross circuit comprises 63 per cent asphalt and 37 per cent gravel. It also has a series of wide tarmac areas and tight turns. These include as well a hairpin and a daunting jump section. 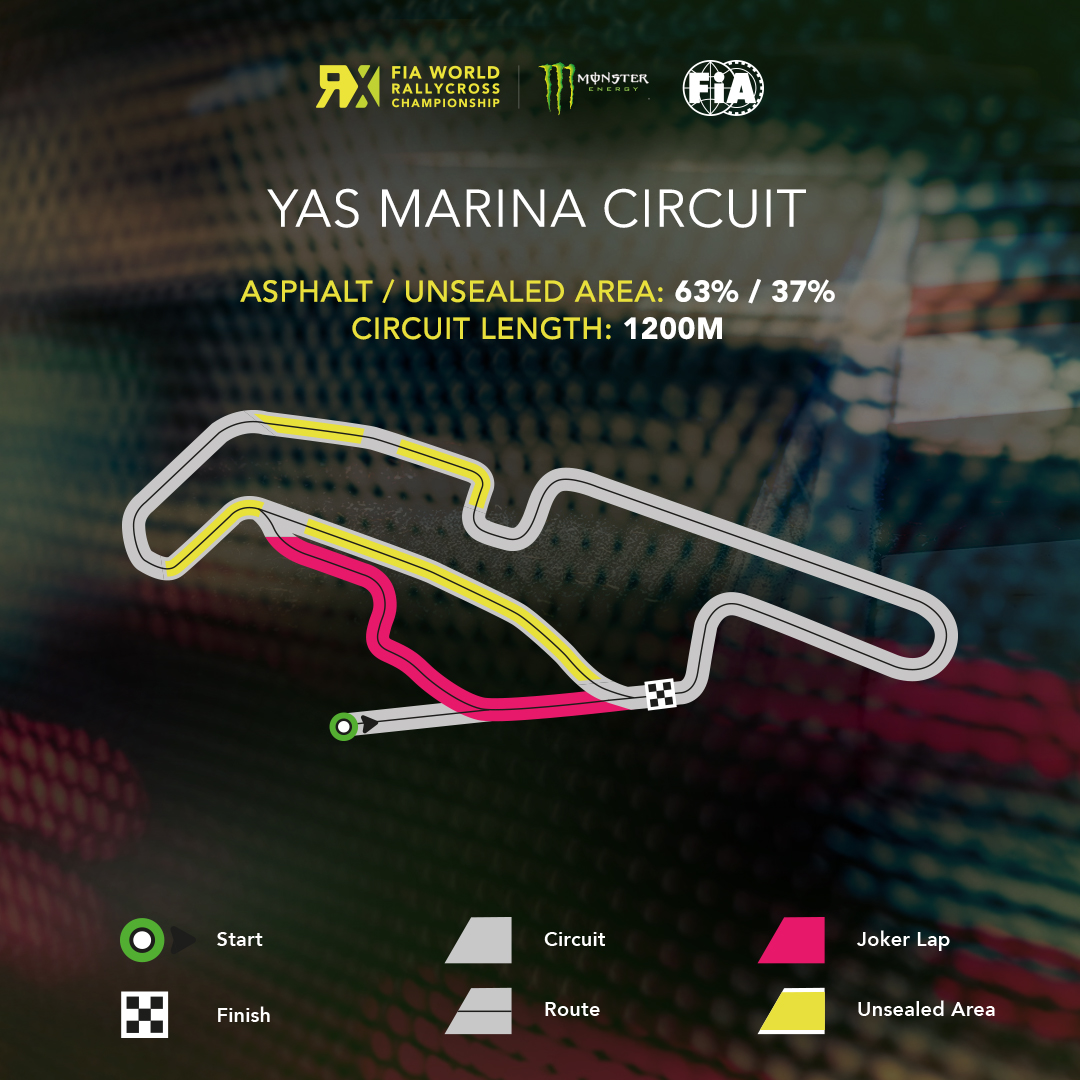 Briton Bennett, who had a taste of the circuit today in his World RX Ford Fiesta Supercar, said:

“It’s brilliant to bring World Rallycross to such a spectacular venue as Yas Marina and to the people of UAE.

“We’ve done a lot of work on the car. I’m feeling really comfortable with it. And I hope to be pushing for some high places during the championship this year.”

Yas Marina Circuit will be transformed into a three-day festival featuring an Adrenaline Zone, food trucks and international artists performing at an after-race concert.

“We are delighted to bring the FIA World Rallycross Championship to motorsport fans in the UAE for the very first time. I can think of no better venue to showcase our sport than the stunning Yas Marina Circuit.

“Here at Yas Marina Circuit for the opening round of the 2019 championship next month, there will be a mixture of world-class rallycross and music artists. A non-stop programme of racing and interactivity, along with fabulous food.

“This festival model mirrors our highly-successful SpeedMachine weekend we first introduced at Silverstone for the British round of the championship in 2018. Just like Silverstone, we are sure this fusion of motorsport and entertainment at Yas Marina Circuit will be a must-visit event next month and in the years ahead.”

“Yas Marina Circuit is always innovating when it comes to hosting thrilling motorsport races that attract fans and entertainment seekers to Abu Dhabi. FIA World Rallycross Championship is the latest in our portfolio of world-class events.

“Our new track and weekend-long itinerary of some of the wildest racing the Middle East has ever seen promises to deliver something unique to the circuit.”

“With something for every member of the family, it promises to be another must-do weekend.”

Hyundai to take each rally as it comes, Adamo says