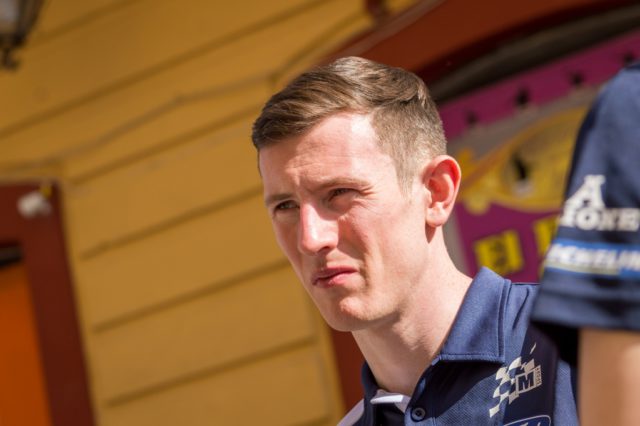 M-Sport Ford World Rally Team are focused on delivering a strong performance at the opening round of the 2019 FIA World Rally Championship – Teemu Suninen, Elfyn Evans and Pontus Tidemand all pushing for the best possible result at the legendary Rallye Monte-Carlo.

The Ford Fiestas have a few modifications for the beginning of the 2019 championship. Revisions to the rear bumper and louvres have been introduced to improve performance and durability on the aerodynamics. Meanwhile, new dampers and electronics increase usability. The lamp pods have evolved to incorporate adaptive lighting, and an engine upgrade delivers an appreciable increase in performance.

The Cumbrian squad have also conducted two comprehensive test sessions in the lead-up to Rallye Monte-Carlo. There was a development test with Suninen at the end of last year. Then there was a more targeted pre-event test with all three drivers a couple of weeks ago.

“There’s no reason why we shouldn’t be competitive this year. Of course, we need to be realistic and know how strong the competition will be, but we’ve proven ourselves more than capable and have no intention of slowing down.

“The team have been focused on development and we’re bringing a number of upgrades to Monte-Carlo with more to come over the next six months. We’ve also got a lot of potential in our young and ambitious drivers. Elfyn, Teemu and Pontus are all keen to show what they can do, and we plan on giving them everything they need to succeed.

“I fully expect another exciting year of close-fought competition, and our goal is to be in the fight for victories as well as podiums – showcasing the performance of the Fiesta and supporting all of our crews as they take the next step in their respective careers.”

The pairing will be looking to start their partnership on a high by challenging for the podium positions at Rallye Monte-Carlo. To best prepare, the pairing conducted a two-day test. They have spent a number of days perfecting their new partnership with plenty of pacenote practice in advance of the recce.

Evans has contested Rallye Monte-Carlo on five previous occasions and will be looking to secure his best Monte result. The Welshman deserved more than a sixth-place finish last year. But he had no opportunity to fight for what would have been a place in the top-three. The reason was a puncture on the opening speed test.

“I’m looking forward to getting this season underway and seeing what myself and Scott can achieve together. We’re both really motivated and determined to secure some strong results this year – and I see no reason why we shouldn’t be doing that from the very first event in Monte.

“We know from last year that we have the speed and the team have been working really hard to improve the car even further. It felt good on the test and we managed to get a feel for a lot of different conditions – damp to wet Tarmac on the first day followed by full snow on the second.

“I’ve always enjoyed the challenge of an event like Monte, but I tend not to look at the forecasts too far in advance. The weather is constantly changing and you need to be able to adapt to the conditions and make the correct tyre choices at short notice – something we’re very much focused on doing next week.”

The pairing contested last year’s Monza Rally Show together. Since they have completed two test sessions to further perfect their new partnership.

Suninen has contested Rallye Monte-Carlo on two previous occasions. But this will be his first time attacking the event’s legendary stages with the power and performance of a top-specification world rally car.

“I’m really excited to start this new season, and the expectations are greater than ever! We’ve completed a lot of test kilometres and I’m feeling really well prepared. Last week Elfyn and I shared a couple of days and we both managed to get a lot of kilometres. We also drove two days at the end of last year, so when you put it all together our preparation has never been better!

“The car feels really nice and really easy to drive – something I think is important in Monte as it’s a rally where the driver makes the biggest difference. Starting the rally with two-night stages is always a big challenge and we will need to be alert. It would be nice to start the rally with a good stage time, and that is what we’ll be aiming for.

“We’re using the same notes as last year and I have to say that my preparation with Marko has been really good – everything has been perfect before the start of the season and I hope it stays that way as I tackle this famous rally for the first time with a world rally car!”

Making his debut behind the wheel of a new-generation world rally car, Pontus Tidemand will take the next step in his career

The Swede is reunited with experienced Norwegian co-driver Ola Fløene. They will be looking to learn as much as they can ahead of their home event in Sweden.

The Scandinavian pairing spent a number of days in the workshop. They met their new team and learned as much as they could about the top-specification Fiesta.

Day one of the rally year 2019 and we are on our way to recce the first stage. Nice weather, nice feeling – this will be good. pic.twitter.com/uFKM9gV4ac

“This is a really exciting time for me and I’m looking forward to making my debut in a new-generation world rally car. Last week we had a pre-event test with a lot of snow and ice and the feeling was really good. But in Monte, you never know what the weather is going to do and we’ll still need some time to learn the team and the car.

“The conditions make this one of the most challenging events on the calendar. On dry Tarmac, the grip is quite high, but when there’s ice and snow the grip is zero and it looks as though we could experience a proper Monte with all kinds of conditions. “Ola has a lot of experience so it’s great to have him alongside me, and I know the team will give us a lot of guidance and advice throughout the weekend. We spent some days in the workshop – getting to know the team and the car – and I think we’re as prepared as we can be. The goal is to get to the finish with as much knowledge and experience as possible.”

Motorsport ready for the World Cup

Want a car as the one Elfyn Evans drives? Ask for M-Sport’s Client Liaison...

Mahindra Racing to get recognition at the Lorenzo Bandini Trophy event