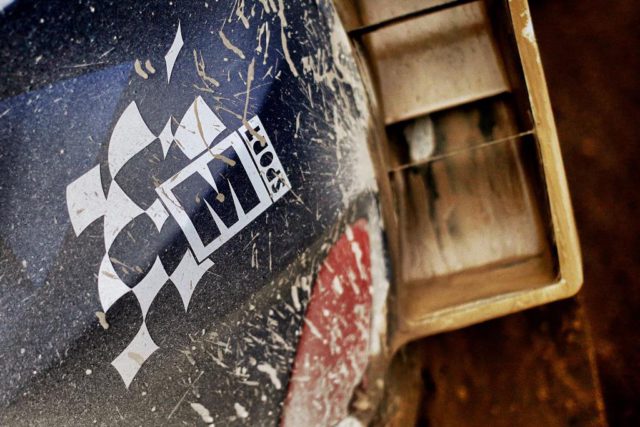 M-Sport and Ford announced their intention to register for the 2019 FIA World Rally Championship. The team will have a multi-car entry for the EcoBoost-powered Ford Fiesta WRC.

Elfyn Evans returns to the squad for a fifth season at the highest level. He will have a new co-driver – Scott Martin. Martin reconnects with the team that started his international career back in 2004.

Teemu Suninen also returns to the team for a third season. He will contest all events with a top-specification world rally car for the first time in his career. The young Finn will also have a new co-driver. He will be with fellow Finn Marko Salminen.

I’d like to welcome @scottmartinat to sit beside me in the Fiesta – Looking forward to it!
Thank you @danielbarritt and good luck in your new partnership with @TakamotoKatsuta

The team will be supported at Rallye Monte-Carlo and Rally Sweden with a third manufacturer entry for Pontus Tidemand. The Swede has a long history with M-Sport and Ford which started with victory in the 2013 FIA WRC Academy – one year after new teammate Evans.

Tidemand took to the wheel of a top-specification Fiesta and fought for a podium position at Rally Sweden in 2014. But this will be his first time behind the wheel of a new-generation world rally car to which he brings undoubted speed and a desire to succeed.

A further change to support the team on a day-to-day basis will see Richard Millener step up to the role of Team Principal – allowing Malcolm Wilson to devote more time to the commercial side of M-Sport as a business.

“It has been a bit of a rollercoaster over the last few weeks – from the elation of winning the FIA World Rally Championship for Drivers and Co-drivers with Sébastien [Ogier] and Julien [Ingrassia] to their emotional farewell – and we have been working night and day to put together the pieces that go into making a team for 2019.”

“As I speak we still don’t have 100 per cent of the details in place, but because of the huge amount of development work that has been going on behind the scenes; I felt that we had to make a commitment to see the hard work out on the stages. Working in collaboration with our partners in Europe and the US, every element has been reviewed and updated.”

“The continued financial and technical collaboration with Ford has been pivotal in pushing us forward, and together we are working on a new and improved ‘ladder of opportunity,’ which began with the recently launched Ford Fiesta R2 earlier this month. We have always said that WRC is our shop window, and the development work we do at the highest level filters down to improve every step of the ladder.”

“Next year is going to be a very important year for M-Sport as we have a number of new projects coming up including the launch of our Evaluation Centre at Dovenby Hall. We will continue to spread the net and work with existing partners.”

“We rely on the support of the whole WRC community to piece together the missing pieces. But we are confident we have the tools to do a good job and so we are making the decision to push forward and work through the challenges as they arrive!”

Evans a little disappointed for missing second place in Mexico