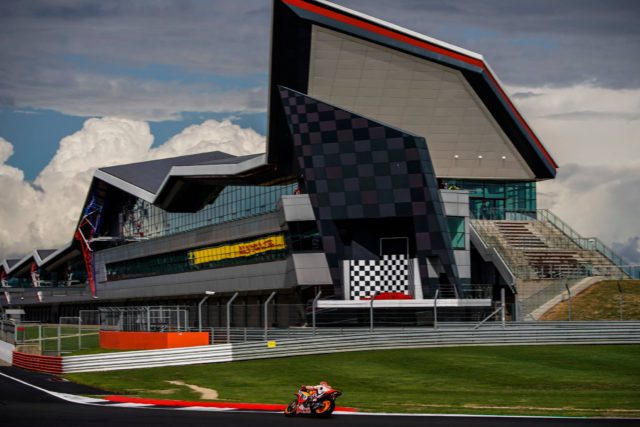 The British Grand Prix in Moto GP has been cancelled due to torrential rain at Silverstone after 4 hours of delays.

After a meeting between IRTA officials and the MotoGP riders, a decision was made to cancel the event due to track conditions deemed too unsafe.

The Moto2 and Moto3 race, which had to take place after MotoGP, are also called off.

It was subsequently announced the start would be delayed until further notice. Then a fresh inspection was planned for 15:00 local time. But with the rain still not abating.

And it was finally announced at 16:00, after a riders’ safety commission meeting, that the race would not take place.

“It has been a long, unusual, tiring day that we hope won’t happen again. The Safety Commission analysed the situation and I think the Race Direction has to be thanked; they listened, and in the end, safety was everybody’s main consideration—one of us riders is in hospital already. During the day, I watched the screen and saw all the fans in the grandstands patiently waiting; it would have been good to reward them, but in the end, sometimes we must keep a cool head and think.”

Haas retains Magnussen and Grosjean for 2019