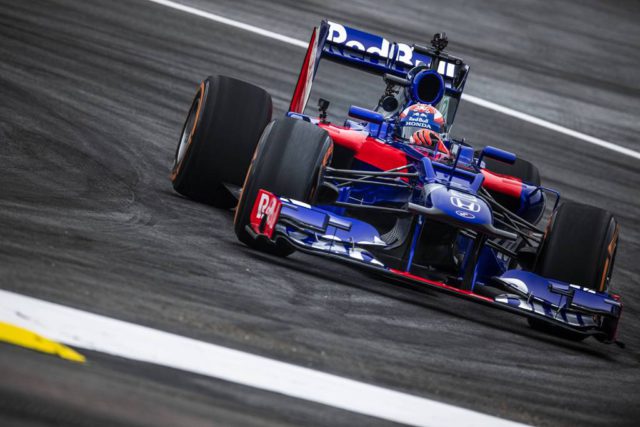 Marc Márquez has already beaten all and sundry on two wheels but today switched to four wheels and a Formula 1 car for a new speed experience on the track. The four-time MotoGP champion, who leads this year’s championship after six rounds, took to the wheel of a Scuderia Toro Rosso F1 car for a few laps of the Red Bull Ring.

He first underwent a series of laps in the simulator before getting onto the track for the test run.

Hooked after just a few laps, he said: “It was always my dream to race the quickest cars in the world. I had great respect for it ahead of today, and I didn’t sleep well. In the end, it was an unbelievable experience and an absolute highlight of my career. There is a massive difference to MotoGP. The limited visibility was a great challenge, in particular, to begin with. You feel a lot more constricted in the cockpit. The braking distances and timing in turns is completely different. A Formula 1 car has much more downforce, of course, which made for a lot of fun in the part of the circuit with the most turns, in particular.”

And does he see a career in four-wheel racing in the future?

Márquez said: “My complete focus in the coming years will remain on MotoGP”

“I’m part of a fantastic team, and I feel fully motivated. Who knows though, maybe Formula 1 will be a serious idea for me in a few years’ time!”

The 25-year-old had a litany of F1 big hitters to put him through his paces with the likes of three-time world champion Niki Lauda, eight-time grand prix winner Mark Webber and Red Bull motorsport boss Helmut Marko watching from the stands.

Webber said: “He was really quiet still at breakfast. As soon as he got into the cockpit, he was 100 per cent focused and delivered a top performance on the race track. Formula 1 and MotoGP are two completely different things. Marc made my job as an instructor very easy though. He always asked the right questions and improved lap by lap.”

Marko added: “To put that kind of performance in within such a short time says everything about his huge talent. In the coming years, he is going to break a lot more records in MotoGP. Maybe after that, Formula 1 will actually be a possibility. Up to now only a few exceptional talents, such as John Surtees, have managed to compete in both racing series. Marc also has what it takes. Today definitely wasn’t the last time he will sit in a Formula 1 car.”

Already Marquez is sixth on the list of all-time grand prix motorcycle race wins with a tally of 64 from 125cc up to MotoGP itself. He currently leads the 2018 standings with three wins from the first six races.

Other MotoGP rivals have taken to an F1 car in the past, notably Valentino Rossi with Ferrari and Jorge Lorenzo for Mercedes, while Fernando Alonso made the switch in the other direction to test Marquez’s 2015 bike.

Higher-speed circuits are better for Haas according to Grosjean