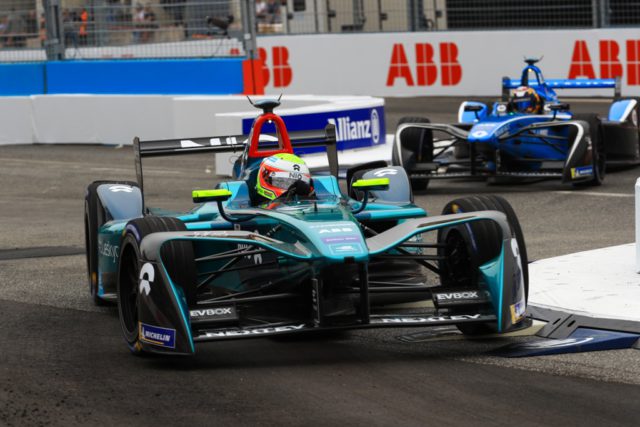 The action was as exciting as the historic location for the inaugural CBMM Niobium Rome E-Prix, round seven of the 2017/18 ABB FIA Formula E Championship. However, the result was not as the NIO Formula E Team had hoped for in the Italian capital.

The Circuito Cittadino dell’EUR is the second longest track in the calendar at 2.86 kilometres in length. With a total of 21 turns, the start/finish line is located on Via Cristoforo Colombo, with the cars racing around the Obelisco di Marconi against the backdrop of the iconic Colosseo Quadrato.

Turvey made a blistering start to the all-electric gladiatorial contest this afternoon, swiftly moving up to fifth on the opening lap.

Filippi also made a solid start, making up three positions in the first stint, however diminishing energy and an incident at Turn 13 ultimately put pains to both NIO Formula E Team drivers’ points gaining ambition.

After clean and quick pitstops from both sides of the NIO Formula E Team garage, Turvey took the chequered flag at the end of the race in P12, with Luca in P13.

“It was a bit of an up and down day. I was pleased with my qualifying lap; it was a shame to miss out on Super Pole by only a tenth of a second, but overall, P7 was OK. I had a great start to the race – went around the outside again in to turn one, remembering what had happened in Hong Kong where I was able to gain some positions going into a tight hairpin. It was great to be in P5; I was on target with energy and was feeling good, but then we arrived at the last few laps of the first stint with less energy than the guys around me, so I lost quite a few positions.”

“Then we also had an incident with Lopez, which pushed me into Nick [Heidfeld] and we ended up losing a lot of time on the last lap because of that. We had a good chance of some points and need to understand where we can improve, but the Rome event has been fantastic and I’m looking forward to heading to the next one in Paris.” 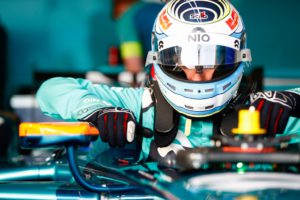 “It was a very exciting day – so many people, a great crowd and excitement around NIO. The race was very good for me, I had good pace and I was strong. I did some quite good overtaking manoeuvres, but unfortunately, on the last lap of the first stint I was behind Lopez and Oliver and when they got together the road in front of me was blocked and there was nothing I could do. The second stint was good; I caught again the group in front, but it was too late to convert this into points. I would like to thank the fans for their support on Fanboost, it was the third time this year that I received it, so a big thank you to our fans.”

Grosjean: Even in the straight lines at Interlagos you can’t rest as much as...