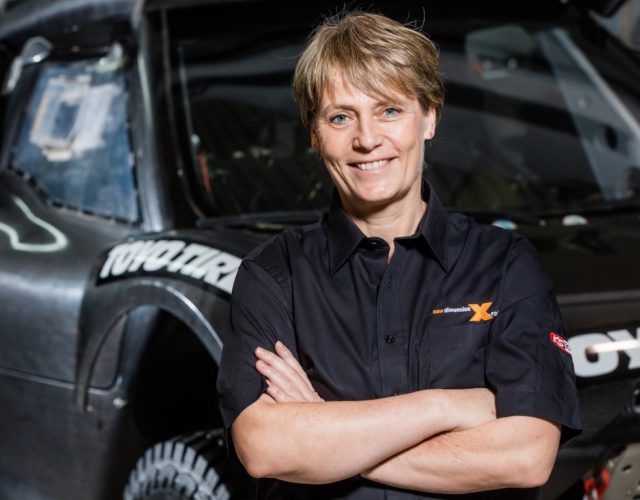 Jutta Kleinschmidt is about to tackle a new “Special Stage”: the famous former rally driver becomes a brand ambassador of the ADAC Rallye Deutschland. Kleinschmidt is one of the most successful women in motorsport. With immediate effect, the first and, so far, only female winner of the legendary Dakar rally officially supports the German event of the FIA WRC which will take place from 16 to 19 August 2018 in the Saarland and neighbouring regions.

In Jutta Kleinschmidt, who joined the ADAC foundation’s Advisory Council in 2016, ADAC has found a long-term partner. She will take on several tasks and make public appearances – including at the highlights of the ADAC Rallye Deutschland such as the Show Start and Finish ceremonies or at the legendary Panzerplatte military range. As the event’s representative, she will work actively in communications with the media, partners and fans. As a rally pro with many years of experience, Jutta Kleinschmidt will provide useful advice on the event’s attractiveness for drivers and teams, spectator friendliness and economic efficiency. 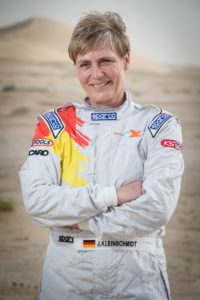 “I really look forward to supporting the ADAC Rallye Deutschland. It has been close to my heart for quite some time. Already back in 2002, when I was behind the wheel of a zero car, it was a top-level sports event. For motorsport in Germany, it is vital to host such a major event – today more than ever before. My main task is to share the thrill of the ADAC Rallye Deutschland with as many people as possible – with the spectators as well as the many helpers and partners. In addition, I will offer support and advice to ADAC to further develop the rally’s concept. This ranges from the itinerary to ideas on the sponsorship of young talents and women to topics such as proximity to spectators and their safety.”

“We are thrilled that Jutta Kleinschmidt agreed to become the brand ambassador of the ADAC Rallye Deutschland. She is among the world’s most famous rally drivers and has earned the widest recognition. And this not only for her performance behind the wheel but also for her great commitment outside the cockpit. She is actively involved in various committees and has created a vast network. I am confident that, for the years to come, she will substantially contribute towards sharpening the profile of the ADAC Rallye Deutschland and enhancing its compact and spectator-friendly format.”

A podium for Ricciardo, huge disappointment for Verstappen at Spa