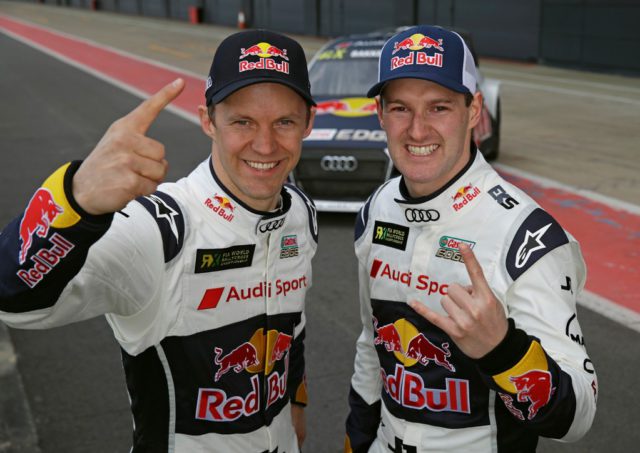 Moment of truth for Audi factory driver Mattias Ekström and his team in Spain: the fifth World Rallycross Championship season commences at the Circuit de Barcelona-Catalunya on April 14-15. And the new Audi S1 EKS RX quattro makes its competitive race debut. To start the World RX season, the EKS Audi Sport squad must assert itself against the teams from Volkswagen, Peugeot and Co. The event also marks the first race as Audi driver for Norwegian Andreas Bakkerud.

At the final tests for all World RX teams in Silverstone, Ekström set the fastest time with the new Audi S1 EKS RX quattro

“That was great confirmation for the entire team that has worked extremely hard over the last few months,” says Ekström. “However, we’ll only really see exactly where we are in Barcelona. For this reason alone it is the most exciting weekend of the year.”

The track in the Spanish metropolis is Ekström’s favourite. On his premiere in 2015, he made a mistake in the semi-final at the extremely fast first corner, which cost him a possible win. In both 2016 and 2017, the Audi driver was however unbeatable in Spain. “Barcelona is the highlight of the year for me,” says Ekström. “When you charge towards Turn 7 – former Turn 1 – and see the many fans in the grandstands you get goosebumps. You take this corner almost flat out in fifth gear at around 150 to 160 km/h. I love the general layout of the track.” 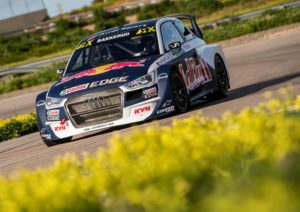 “I finished third there last year and was on the podium,” says the Norwegian. “The track is fantastic, fast and flowing. I travel there with a good feeling. We still have snow on the ground in Scandinavia, which is why I’m really looking forward to some sun and warmth.”

“We are all intrigued to see how the new Audi S1 EKS RX quattro performs in its first race,” says Head of Audi Motorsport Dieter Gass. “Rallycross is still our smallest project and the competition is very strong. Even so, everybody at EKS Audi Sport is fully motivated in 2018 to fight for wins and the World Championship titles.”

Check out my latest vlog from when I was driving a Audi R8 on a frozen lake in Sweden couple weeks ago https://t.co/Ss0HlhTgXZ pic.twitter.com/jAJD8gO915

60 years ago, Daimler-Benz acquired a majority in Auto Union: The star and the...