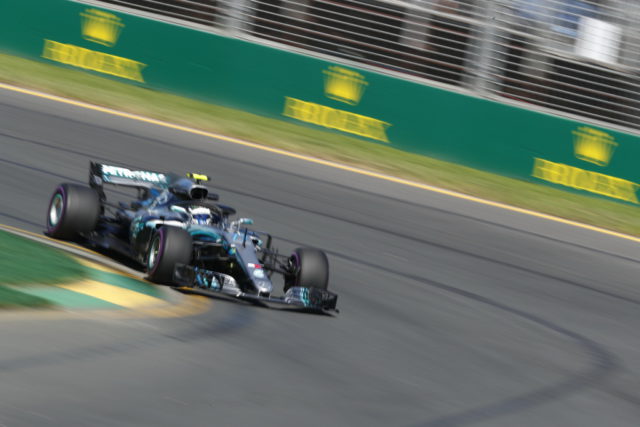 Over a million working hours have gone into designing, developing and constructing the 2018 Formula One car of Mercedes. While the result of some of that engineering work is easily visible – for example, the complex aerodynamic bodywork – other equally important areas are away from sight, like the commented engine modes.

In combination, these elements deliver different Power Unit modes, which drivers and teams can utilise throughout a race weekend. Over the course of the 2018 season-opening Australian Grand prix weekend, these proved to be a particularly hot topic and sparked plenty of debate. So, what are Power Unit modes and why are they necessary?

PU modes are a combination of settings that adjust the performance of the ICE as well as the flow of electrical energy. The ICE performance is changed, for example, by varying the amount of fuel that is injected into the combustion chamber or by changing the timing of the ignition. For the Hybrid side of the Power Unit, the modes will alter the interaction and scheduling of the electrical energy for both deployment of the 120kW (maximum) MGU-K and recovery of both the MGU-K and MGU-H.

Formula One is all about performance, but with just three Power Units per driver in 2018 (and only two of some systems), reliability is increasingly important. This is why the drivers have reduced mileage allocations of the higher power modes.

All three can be altered with various sub-settings for different situations, which control whether electrical energy is being net deployed over a lap, recovered or used in a balanced manner (with energy deployment and recovery balancing each other out). 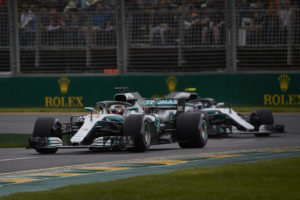 At the start of the race, for example, performance is particularly important

So drivers will choose full deployment to either defend a good position on the grid or try and gain positions in the opening laps. But F1 is about a blend of ballsy on-track passing and tactical strategy, so the drivers will later switch to a recovery energy management mode and charge the battery – just to make sure they can have more energy available for their next attack.

Both Lewis Hamilton and Valtteri Bottas switched their race mode to lower performance during the Australian GP. Then they were in traffic and the turbulent air of the cars ahead. The change was in order to cool the engines and prevent them from overheating. A Safety Car presents a similar challenge. Drivers want to conserve energy and the Power Unit, so the engine mode is on reducing the duty and cool the hardware.

This happened in Australia ?

Pushing the engines to the limit in practice just doesn’t make sense, as they need to last seven race weekends. There is one session, however, when the Power Unit is at the absolute limit. And then it gives the drivers everything it can: Qualifying.

In terms of engine modes, the setting for Qualifying will be the most powerful one. This mode is only for a few laps each race weekend, and usage varies according to the competitive context. Sometimes this Qualifying mode will be in use throughout Qualifying, sometimes only in the final Q3 session.

The available mileage is dictated by what is termed the “phase document”. It defines the limits to which the Power Unit may be used during each race weekend. And these are the same for the works cars and the Mercedes customer teams. 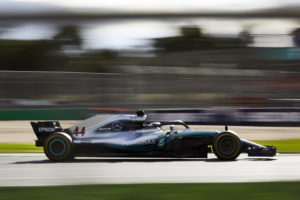 Some of these are circuit-specific, others are more general. Making the call on which mode to use can either be the driver’s decision or through the advice of the engineering team. They will communicate over the radio which settings to adjust and which mode to switch to.

If you hear some technical-sounding instructions over the team radio, it might well be a need of a change of the Power Unit mode. The drivers will then change the mode through the switches on their steering wheel.

PU modes are particularly significant at power-sensitive circuits such as Spa-Francorchamps or Monz. Long straights and acceleration zones dominate such layouts. The first power-sensitive track on the 2018 F1 calendar is Round 4 in Baku.

It will be interesting to see how the storyline around engine modes develops as the season progresses. Particularly when F1 reaches those more power-sensitive venues.