After a drama-filled Rally Mexico, with Sébastien Loeb leading on day two of his comeback and a brilliant performance from Sébastien Ogier to reaffirm his championship lead, the next stop is Rally Corsica. That is the first full asphalt rally of the championship, where the two French champions will do battle on home soil.

Rally Corsica, known alternatively as the ‘Tour de Corse’ and ‘Rally of 10,000 Corners’ is one of the most famous events on the World Rally Championship. Renowned for its mountain roads, spectacular views, relentless series of hairpin bends, and changeable weather, Corsica represents an epic challenge.

Following his spectacular return in Mexico, nine-time World Rally Champion Sébastien Loeb is in action once more with Citroen in Corsica: an event where in 2005 he won every single stage. The 43-year-old may have been away from the WRC for a few years, but he’s lost none of his fight. 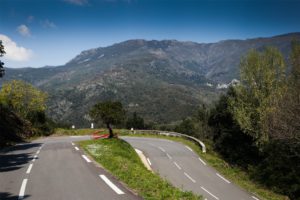 Friday’s action heads south-west of Bastia for two loops of two stages. Saturday is the longest day, extending to the northernmost Cap Corse tip of the island, while the final day heads south for stages on the west coast near Ajaccio, which hosts the finish.

As well as raw speed and lightning reactions, endurance is a key to success on the Tour de Corse. Each leg contains a long and gruelling stage, culminating in Sunday’s monster 55.17-kilometre test from Vero to Sarrolo – Carcopino.

At an event known as “The Rally of 10,000 Corners” due to the island’s narrow, twisty roads, having two stages forty-nine and fifty-five kilometres in length represents a serious challenge

It is mainly during recce that the task will be most difficult for the crews. They will need to take pace notes for a seemingly endless series of more than six hundred corners, keeping the same level of concentration whilst driving at moderate speed for more than an hour at a time. In the race, the challenge will be to find the right pace immediately and then maintain it until the end of the rally. To manage this, you need to adopt a driving style – and a set-up – that looks after the front tyres, or risk seeing the seconds inexorably slip away…

“For almost six years, every time the Tour de Corse comes round, I can’t help but think about the late Philippe Bugalski. Since I retired from competitive action, I’ve had many great experiences at “my” event, especially in 2005 when Seb and Danos (Daniel Elena, Loeb’s co-driver) won all the stages on their way to their maiden win in Corsica, but it nothing comes close to what I felt when we won here for the first time with ‘Bug’ in 1999 in the Xsara Kit-Car.”

“Surprisingly, at the time, it was the earlier win in Spain that I thought was more special in my opinion, because it was Citroen’s first ever victory in the WRC, and our first ever World Championship win too, added to which it was secured outside of France. But looking back, our win in Corsica was particularly special for me. That year, we had been leading going into the final stage on Saturday, held next to Corte, where it had started to rain. Jesus Puras, our teammate, had closed to within 6.3s.”

“On Sunday morning, there were two stages left to run until the regroup in Propriano, and I said to ‘Bug’, “if we manage to match his pace until then, we’ll have the race sewn up”. That’s exactly what happened. At the regroup, Guy Fréquelin got us together and gave out team orders. A potential one-two finish was too important for the brand to risk losing. The result also went a long way towards persuading Citroen to commit to competing in the WRC full-time!” 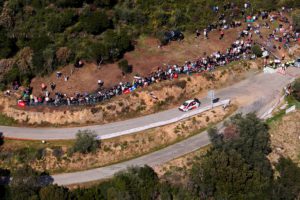 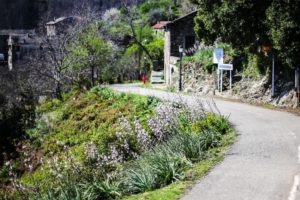 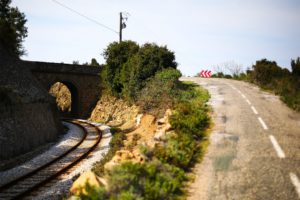 Rain shortens FP3 to less than 10 minutes of work