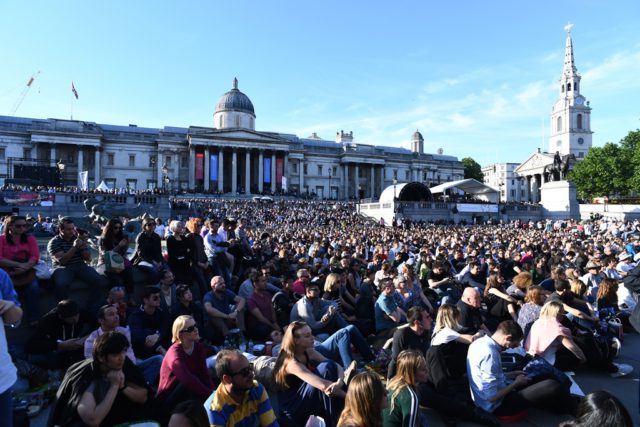 Trafalgar Square will transform into a giant music stage for Sir Simon Rattle and the London Symphony Orchestra. They will present BMW Classics on Sunday 1 July 2018. This free summer concert marks the renewal of a continuing, long-term partnership between BMW and the London Symphony Orchestra. This way they will bring access to world-class music to everyone in one of the world’s most iconic public spaces. 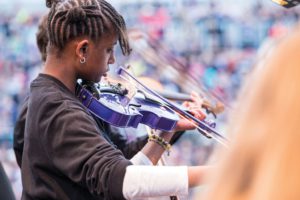 With an audience in the square of up to 10,000 people, the concert will be live streamed for the first time exclusively on YouTube, making it accessible to music fans worldwide

Simon Rattle will take to the stage to conduct 100 musicians from the London Symphony Orchestra, alongside 50 talents aged 11-18 from the LSO On Track programme in East London, and musicians from the Guildhall School of Music & Drama. The programme will feature music on a theme of dance and ballet by Dvořák, Massenet, Tchaikovsky and Stravinsky. It will also include a world premiere by 29-year-old composer and pianist Kate Whitley. She is the founder of Peckham Car Park’s Multi-Story Orchestra.

“This is a dream concert for me on a stage like no other”, Simon Rattle said. “I hope that the excitement of the musicians of the London Symphony Orchestra playing alongside these brilliant young Londoners in such an extraordinary place will fire people’s imaginations. And prove that, inside or outside the walls of a concert hall, experiencing great music is for everyone. I am truly grateful to BMW and the Mayor of London for making this possible.”

“This summer Trafalgar Square will transform into the capital’s biggest concert hall. Visitors, Londoners and people viewing online can enjoy an incredible free performance. They’ll also be able to enjoy the world premiere of Kate Whitley’s Sky Dances. I’m delighted that 50 outstanding young London musicians will join the professional ranks of the LSO for this special performance which will showcase the next generation of musical talent in the capital.”

“I am inspired by the idea of working with young people as performers and integrating them with professional musicians. To create a work for these musicians on this stage is a thrilling challenge for me.”

Over the past years, BMW LSO Open Air Classics has enabled tens of thousands of new people to experience the LSO live in concert while giving hundreds of young Londoners the opportunity to perform alongside the LSO. The annual concert takes the LSO out of the concert hall and right into the heart of the city. In 2017, 50% of the audience was under 35, around a quarter had never experienced live classical music while the vast majority of the audience – 93% – was completely new to the LSO.

For almost 50 years now, the BMW Group has initiated and engaged in over 100 cultural cooperations worldwide

The company places the main focus of its long-term commitment on contemporary and modern art, classical music and jazz as well as architecture and design. In 1972, Gerhard Richter created three large-scale paintings which are in the foyer of the BMW Group’s Munich headquarters. Since then, artists such as Andy Warhol, Jeff Koons, Daniel Barenboim, Jonas Kaufmann and Zaha Hadid have co-operated with BMW. In 2016 and 2017, female artist Cao Fei from China and American John Baldessari created the next two vehicles for the BMW Art Car Collection. Besides co-initiatives, such as BMW Tate Live, the BMW Art Journey and the “Opera for All” concerts in Berlin, Munich and London, the company also partners with leading museums and art fairs as well as orchestras and opera houses around the world.

Schnitzels, strudels and kaiserschmarrn for Hulkenberg at Red Bull Ring