The Australian Grand prix is the beginning of a new chapter in the history of Toro Rosso. The Faenza team started working with Honda as a power unit supplier and the pre-season tests were encouraging for both sides. Technical director James Key thanked especially the Japanese manufacturer for the work during the winter. 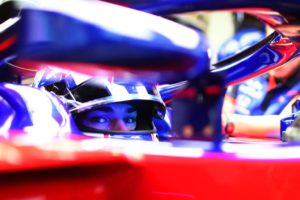 “I am very excited to get to Australia because it is the first race of the year but it is also the beginning of my first full season in Formula 1. It will definitely be a special weekend for me and I’m really looking forward to it!”, Gasly said.

“I’ve been there as a reserve driver for Red Bull Racing a couple of years ago, but this will be the first time that I finally race there – a new track for me, which is always very exciting. The first time I went to Australia I came back home and I told my parents that if one day something happens and for any reason, I need to change goals and move from France, I would go and live there because I fell in love with Melbourne! The people are so friendly, helpful and they are smiling all of the time. When I was there the weather was great and the city was amazing, so it was a pretty good first impression of the country – it’s a place I really like!!” 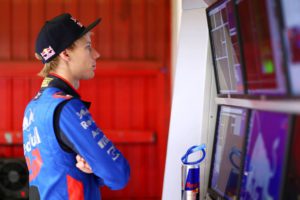 Hartley admitted that maybe the Australian Grand prix is the race he is looking forward the most. It is the closest to a home race he would get

“There’s clearly a big difference between Australia and New Zealand, anytime you talk to an Aussie or a Kiwi you learn that pretty quickly! When I was back home in New Zealand, every second or third person I spoke to said they were coming to Australia, so I’m hoping to see a few Kiwi flags around which will be quite a special moment for me! Some of my very good friends are Aussies – we always have this rivalry, especially in sport – but I find that when we’re away from Australia or New Zealand and come across each other in Europe we always have a lot in common and get along very well, so the rivalry isn’t as bad as people might think”, Hartley commented.

Don’t you hate it when people drop in unannounced? ?

Balancing the requirements of good stability and a strong front end is difficult, Chester...

Audi analyzes the desires of young IT experts

Volkswagen successes in the World Rally Championship: did you know…