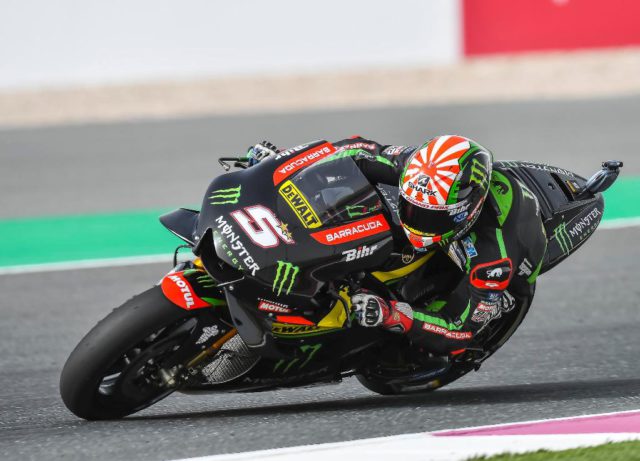 Johann Zarco won the pole position for the Qatar Grand prix, first round of the 2018 MotoGP championship. The Monster Yamaha Tech 3 driver was fastest at the Losail circuit, breaking the 10-year-record of Jorge Lorenzo.

“I’m really happy, it’s truly the best way to start the season”, Zarco commented. “I had a crash in FP4. I came away with no harm, but it’s not funny to be down before the qualifying. Anyway, I knew that with new tyre and light bike, I feel good and since this morning, I got back my feeling, that I had during the test here. Beating the lap record makes me really proud. Tomorrow is the main day. I want to try to win, try to be on the podium. It looks like my pace over the distance is not the best one, but at least starting from pole is the best chance to catch a good result.”

Here’s a look at THAT lap from @JohannZarco1 and the grid for the first #MotoGP race of 2018 ⏱#QatarGP pic.twitter.com/nODnTsNJk2

THAT was special from @JohannZarco1 ?

Suzuki approaching the new season with renewed enthusiasm and positivity

M-Sport thanks Tänak: “Forever a part of the family”