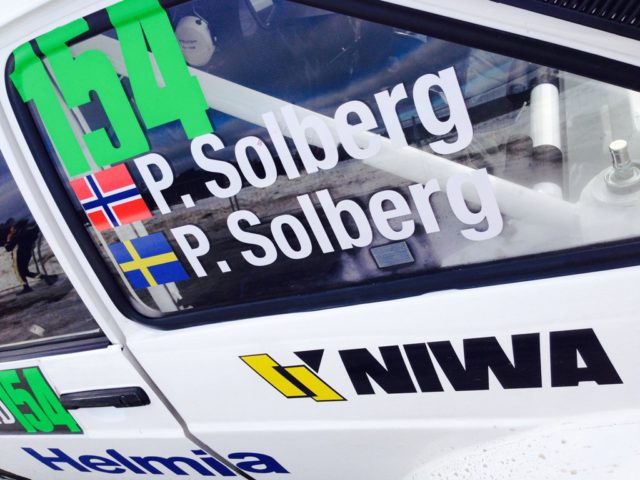 When the World Rally Championship (WRC) comes to town and that town is Torsby, it’s impossible for the Solberg family to stay away. This is their town and their sport. So, Petter and Pernilla Solberg are back. Having dominated the Rally Sweden Historic for three years between 2013 and 2015, they will return to the event, where they compete in a ‘new’ Ford Escort RS1800 built by British preparation expert Viking Motorsport.

“Rally Sweden is 500 metres from our workshop in Torsby,” said Petter. “How can we not compete? We are both really looking forward to it – it’s a lot of fun to do this event, especially in such a cool car.”

Petter admits adding to the tally of three wins will be tough on the February 15-18 event won’t be easy, with the increased level of four-wheel drive competition.

“We beat some Audi Quattros last time,” said Solberg, “but now there are more and more of these four-wheel drive cars coming. I think now we have to focus on the two-wheel drive competition, that’s the aim. And, of course, the other aim is to go out there and have some fun and show the fans a good time.” 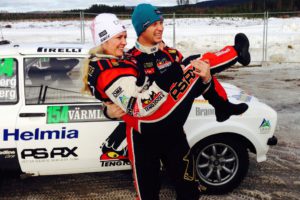 Petter and Pernilla Solberg will return to Rally Sweden Historic

Viking Motorsport is owned and run by Phil Mills, the man who won the 2003 World Rally Championship with Petter.

“Phil has done a fantastic job with this car,” said Petter. “You know when you want the historic car – the proper historic car – building, Phil is doing the perfect job. Honestly, this thing is beautiful! And it’s Pernilla’s birthday on the Friday when we are starting, so this is a really nice way to celebrate.”

The route for Rally Sweden is perfect for Petter and Pernilla, with stages in both Norway and Sweden.

“For two of the stages [Svullrya and Röjden] were are competing on, we go across the border in the stage, while we are driving flat-out. It’s nice to be in Norway and Sweden, it makes it more fair for Pernilla and me; we both get to go home!”

Rally Sweden Historic runs on eight of the main World Rally Championship stages, with the crews starting immediately on the back of the WRC field.

Repsol Honda is ready for the resurfaced Silverstone