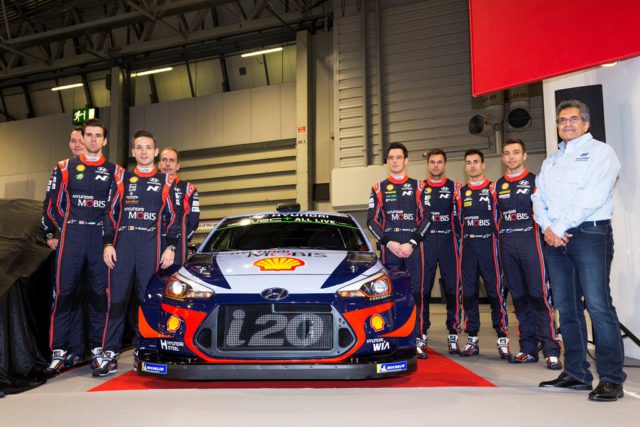 Hyundai has heralded the start of the 2018 WRC at a joint launch event with the WRC community.

The team joined its fellow WRC competitors on-stage, where all 2018 contenders were on display together. It was the first time that the Hyundai i20 Coupe WRC with 2018 updates appeared in public. The drivers showed off their new overalls for the season ahead.

Mikkelsen and Neuville will contest all 13 rounds of the season in the respective #4 and #5 cars, while Sordo and Paddon will share the #6 car in selected events.

The current plan is for Sordo to compete in Monte-Carlo, Mexico, Corsica, Argentina, Germany and Spain, with Paddon joining at Sweden, Sardinia, Finland, Turkey, GB and Australia. The team intends to run a four-car entry for Rally de Portugal to offer both crews an equal number of rallies in 2018.

The WRC promoter used the opportunity to announce WRC All Live a revolutionary initiative to broadcast all stages live on WRC+ for the coming season. Hyundai Motorsport and its driver crews have welcomed the ambitious plans, which showcase the strong intentions of the WRC ahead of the forthcoming season, which gets underway at Rallye Monte-Carlo later this month. 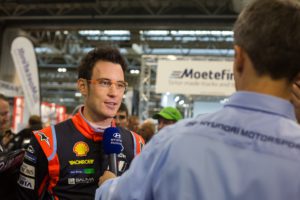 “The launch of WRC All Live is a great initiative from the promoters. It’s really difficult to promote rallying and to get more people involved. By its very nature, as a long event run over several days, there is a lot to consider when broadcasting WRC. This will make it far easier for people to follow the rally over each and every stage, and it promises to make our sport even more popular.” 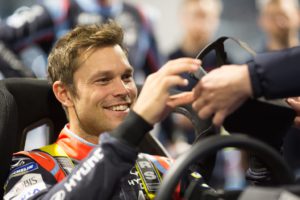 “I have enjoyed being part of the Autosport International show today, and to have the chance to be part of our season launch at such a great event for our sport. The news that all stages will be live in 2018 is fantastic. I’m proud that we are able to show off the sport we love in such an exciting new way.” 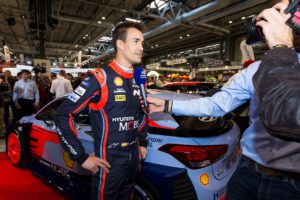 “I am looking forward to getting the 2018 season started at the first of my seven events this year, Monte Carlo. Today has been a nice way to share our passion for WRC with a wide audience. It is an incredible job from the WRC promoter to broadcast all stages. It’s exactly what we need, and I would like to say congratulations to everyone involved. WRC is not the easiest to broadcast, so this has required a big effort to make it a reality.” 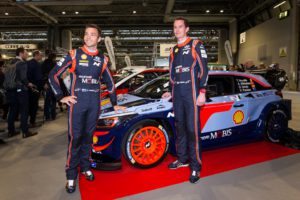 “WRC All Live is a pretty significant development for WRC moving forwards. Allowing fans around the world to follow the sport even more closely than ever before is a very good thing. From my point of view, with all the fans watching in NZ, it is going to be awesome that they can now watch all the stages and follow us like never before.”

“All of us at Hyundai Motorsport has been honoured to play a small part in today’s WRC launch. To have the chance to unveil our Hyundai i20 Coupe WRC in such a unique way has been incredible. And we are excited by the plans announced by WRC to show every stage live this season. We are always looking to reach new audiences, and show our sport in the most authentic way possible. WRC All Live is the ideal way to do that, and we are sure fans will be closer to the action than ever before. It’s really been the best way to kick-start 2018.”

Canada will host a Grand Prix in 2017