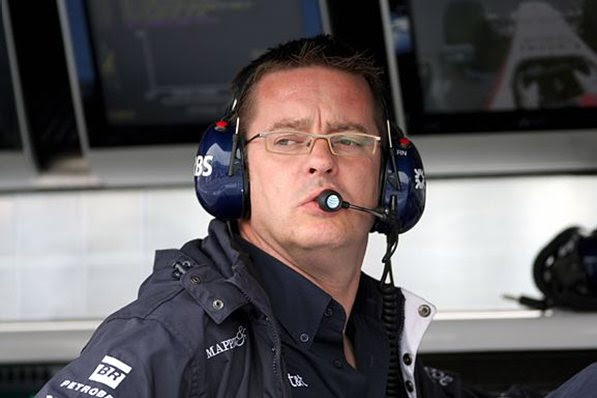 NIO Formula E Team has bolstered its technical team with the appointment of Rod Nelson. He will take the role of Head of Research and Development.

Rod was Chief Test and Support Engineer at Williams Grand Prix Engineering. There he was responsible for all track testing, factory-based race support. In addition, Nelson fulfilled the role of Technical Partner liaison (Formula 1 team).

Nelson joins NIO Formula E Team with a wealth of motorsport experience. He has worked at the Lotus, Benetton/Renault and Arrows F1 Teams. He is also a Doctor of Philosophy, with a PhD in ‘Computer Modelling and Control of Hydraulic Machinery’ from University College, Cardiff.

The new Research and Development Department will be at the Formula E Team’s HQ at Oxford University’s Begbroke Science Park, UK. Performance Programme Engineering Director Paul Fickers will lead it. The new R&D division will be responsible for providing a wide range of engineering services to both the Design and Race Engineering Departments.

“With a background in Formula 1, I am very happy to be joining NIO at this exciting time. Whilst there are many elements of crossover between F1 and Formula E, the emphasis between them is often quite different. It seems a certainty that electric racing is the future of motorsport. And I’m relishing the prospect of attacking the unique challenges racing electric vehicles will bring.”

The head of NIO Performance Programme Gérry Hughes added this is a key appointment for the expanding organization.

The NIO Formula E team secured the inaugural Drivers’ Championship title in 2015, while in 2016 NIO unveiled the fastest electric car in the world, the NIO EP9. The NIO EP9 set the lap record for an electric vehicle at Nurburgring’s Nordschleife and three other world-renowned tracks. In 2017 the company unveiled its vision car, EVE. It also set a new world speed record for an autonomous vehicle at COTA, Texas, with the NIO EP9. The ES8, NIO’s first mass production vehicle, was unveiled at the 2017 Shanghai Auto Show.

#TBT So much has happened since we launched our @FIAFormulaE Season 4 Car, livery & line-up back in October! The NIO Formula E Team is now ready to head to @RaceOfMorocco next week! @OliverTurvey @LucaFilippiLF #BlueSkyComing pic.twitter.com/ysswq14qZw

Meanwhile, the team confirmed Harry Tincknell and Alex Imperatori will participate in the upcoming rookie test

It will be Tincknell’s second time in the NIO 003 car having completed a private test at the Calafat Circuit, Spain. The British driver has competed in single-seaters before, finished fifth in FIA European Formula 3 for Carlin in 2013. Since then Tincknell has been competing in sportscars and, most recently, with Ford Chip Ganassi in WEC. In 2018 he will compete with the same team in both the IMSA WeatherTech SportsCar Championship and WEC.

Imperatori will make his debut in the Formula E car although he does drive NIO’s supercar as a professional during user experience days. He previously competed in WEC with Rebellion in the LMP1 class and has made four appearances at the 24 Hours of Le Mans with a best finish of 18th. It was his only finish in the classic endurance race where he was teammates with Dominik Kraihamer and Formula E driver Daniel Abt.

Vettel was able to squeeze everything out of the car

Michelisz and Tarquini form a WTCR team with BRC and Hyundai