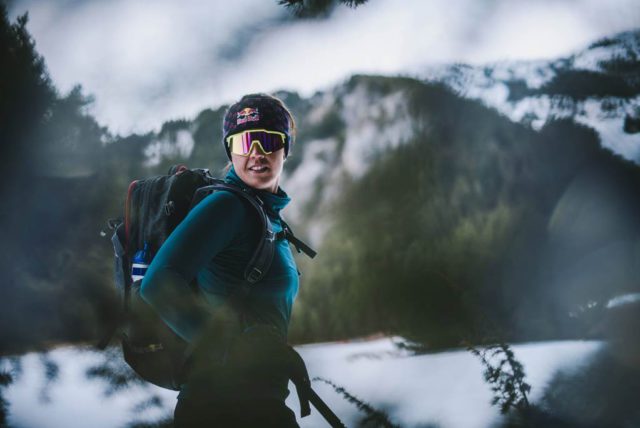 Starting January 6, Laia Sanz will be facing hundreds of competitors in Peru, Bolivia and Argentina. The Spaniard is gearing up for her eighth Dakar, her best two-wheeled finish dating back to 2015 when she was ninth overall. 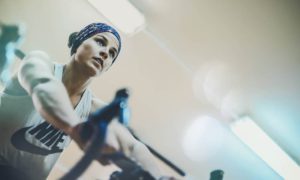 But exactly how do you train for this two-week competition? How do you prepare to race in 50° heat, to sleep in the freezing cold, to endure altitude variations?

Coming from Barcelona, Sanz has chosen the Pyrenees as a training playground. This winter, mountaineering ski has helped her recreate two key factors for the Dakar: navigation and solitude.

“It helps me focus,” she says. “Training high up is very useful in the current Dakar. Skimo helps me work all four limbs and it’s a great complement to my usual training regime. The better I feel about my fitness, the better my frame of mind is for the event.”

She’s also spent a lot of time at her hometown gym. “I want to do quality sessions, meaning they don’t have to be very long. I do high-intensity series of 60-70 minutes, with very short stops in between exercises so I keep a pretty high heart rate.

“A Dakar bike is very demanding, so I have to focus on all areas: the legs – as you get up and down a lot – but also the arms and back, core strength… All body parts are very important.”

Ready to @dakar!! Many thanks to my family and friends!! They always come to say goodbye

One specific exercise stands out. Sanz calls it ‘The Scarecrow’: “I started doing it when I was riding in trials. I have to do small jumps while I push a weight to the front and up. It is pretty intense as I use the arms, back and legs,” she explains.

She also rides bikes and motorbikes regularly. “On my motorbike, I tend to do two one-hour series, but it depends on where I am and what’s the terrain like.” 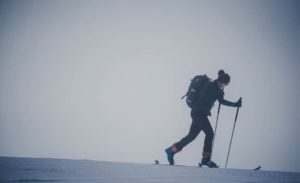 Diet will be key too, and Laia Sanz is well aware of that

With stages up to eight-hour-long, participants only get liquid provisioning during the day.

“I lost around 6-7 kilos [during her first participation] as I had trouble eating,” she recalls. “It’s very difficult to eat when you have to wake up every day at 3 am. But it’s key for me now. I make small sandwiches and I take bars, nuts and fruits with me. I have it all in my jacket and I eat during the day, before the start and when refuelling.”

The 31-year-old will once again be riding the KTM 450 Rally as she teams up with the Austrian manufacturer that has won the last 16 editions of the Dakar. Sanz and her team of engineers and mechanics will all be out to play their part in keeping this successful run alive.

“A realistic objective is to finish in the top 15 but, if I don’t fail, I can take an even better place.”

M-Sport smashing its rivals in Wales, Evans leads after Day 1