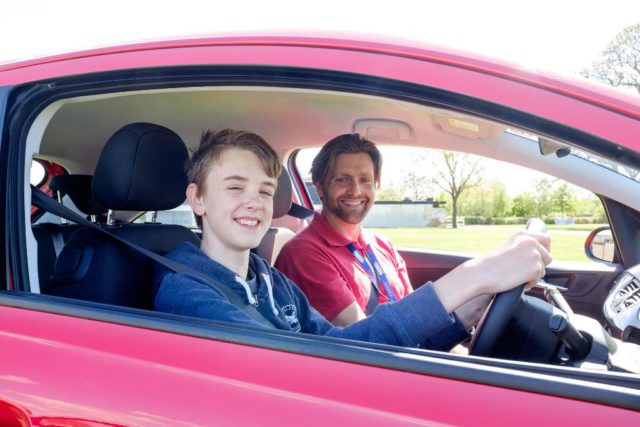 When it comes to the UK’s motorists setting their New Year’s Resolutions, learning how to reverse properly claims three of the top 10 spots, according to new research.

After committing to checking tyres and oil levels more regularly, which is a resolution for one in four drivers, learning how to parallel park properly is second on the list, with 17 percent of drivers wanting to perfect the skill. To “get better at reversing” was something one in seven felt they needed to do in 2018, whilst reversing into a parking bay was a worry for one in eight.

However, a confident one in five (18 percent) felt they were such a perfect driver, there was nothing they’d need to work on or change next year.

The research was conducted by Young Driver, the UK’s largest pre-17 driving school, to see what seasoned drivers felt they hadn’t ever got to grips with properly since they took to the roads – or what bad habits they’d picked up.

Worryingly, using a phone behind the wheel still emerges as a major concern, with 13 percent of drivers saying their resolution is to switch it off when they’re behind the wheel. One in 10 (11 percent) admit to checking messages whilst at traffic lights, and eight percent say they need to stop using their handset whilst driving.

Fear is also a common barrier for drivers, which they’d like to combat in 2018 – conquering nervousness about driving on motorways is a challenge for one in six drivers (16 percent), whereas rural roads are the worry for one in 10 (10 percent).

Other resolutions mentioned included keeping the car clean and tidy, being more confident behind the wheel, and driving more frequently

Laura White, head of marketing for Young Driver, which provides lessons for 5-17 year olds at more than 50 venues across the UK, said: “At Young Driver our instructors obviously spend a lot of time teaching youngsters the right and wrong way to drive – but of course children are watching and learning from their parents all the time. If you’re showing them it’s ok to take a call behind the wheel or to get mad when another driver cuts in, they expect that’s how everyone drives.

“One in five newly qualified drivers will have an accident within six months of passing their test, and research shows that starting them learning from a younger age can half that risk – but it’s also vital that they have good role models to learn from outside of their lessons. Plus, it seems that demonstrating how to reverse or parallel park well might be an issue for quite a lot of people! Many drivers end up avoiding doing things because they’re nervous, and then they lose the knack – so we’ve created some ‘how to’ videos so everyone can brush up on their basic manoeuvres, learners and experienced drivers alike!”

Young Driver’s how-to videos can be found on its website at www.youngdriver.com and include parallel and bay parking, doing a turn in the road and reversing round a corner.

Parallel parking is the biggest worry for people in Cardiff, Leeds and Newcastle with one in four drivers in those cities making improving at it a resolution. Those living in Edinburgh were least likely to have any concerns, with only 2 percent including it.

People in Edinburgh were most likely to think stopping using their phones behind the wheel should be one of their resolutions, with 20 percent saying it was an issue for them. That is compared to Birmingham, Leeds, Nottingham and Southampton, where less than four percent of drivers felt it was a necessary resolution for them.

Happy New Year everyone & welcome to 2018! May all your wishes come true! pic.twitter.com/7dvNPygYje