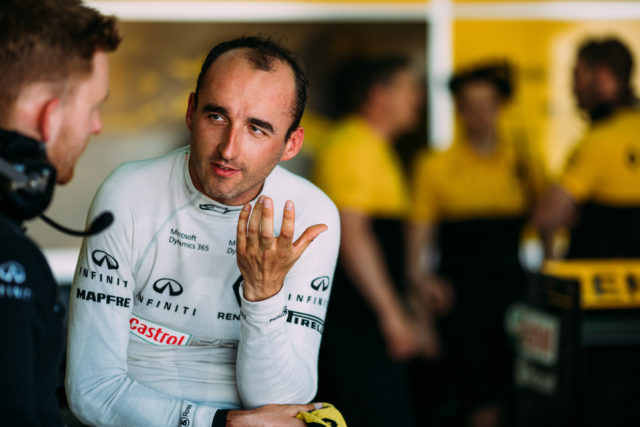 The Pirelli tyre test will take place over two days at the Yas Marina circuit during the week following the 2017 Abu Dhabi Grand Prix.

The participants in the test will evaluate 2018 candidate tyres on behalf of the Formula One tyre supplier Pirelli.

There are rumours that Kubica has already signed a two-year contract with Williams. The team denied it as well as ruling out an announcement on its free cockpit in Abu Dhabi. The Polish driver already had two tests with Williams. In November he drove twice as the team is gathering information and deciding who will replace Felipe Massa. The Brazilian announced last season his retirement but later came back when Mercedes took Valtteri Bottas.

Kubica returned to the cockpit of a Formula 1 car earlier in 2017. He made three tests with Renault and the last one was with the 2017 car. Then Cyril Abiteboul explained that he is not an option for Renault. The team preferred Carlos Sainz instead.

According to different sources, the other options for Williams are the team’s third driver Paul di Resta, Pascal Wehrlein and Daniil Kvyat. Di Resta took Massa’s place for the Hungarian Grand prix as the Brazilian did not feel well.

Ott Tänak cautious: Everyone is going at pretty much the same pace

Lewis: We have the best team in the world