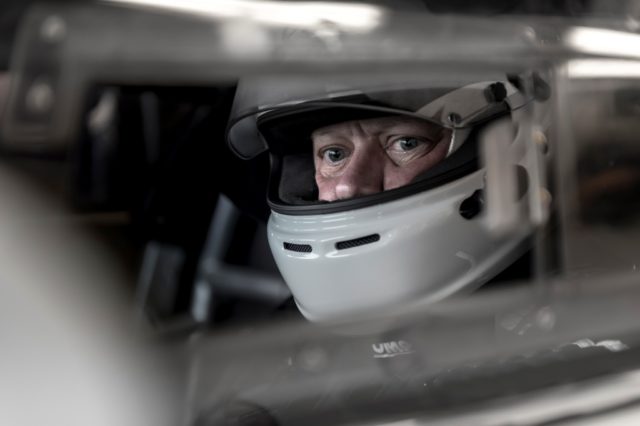 The President and Chief Executive Officer of Aston Martin Dr Andy Palmer will trade his business suit for a race suit this weekend when he takes on the challenge of competing in a 24-hour motor race. He will race in the Hankook 24 Hours of COTA (Circuit of the Americas) in Austin, Texas on 11-12 November.

Naturally, Palmer’s car of choice is the Aston Martin Vantage GT8, the very same car that won its class at the Nürburgring 24 Hours earlier this year. He will share driving duties with Paul Hollywood, John “The Voice of Le Mans” Hindhaugh and Peter Cate.

As a keen amateur racer, Palmer has competed in Aston Martin Owners Club races this year at Snetterton, Brands Hatch, Rockingham and Silverstone, but the 24 Hours of COTA marks his return to 24-hour racing. He does, of course, have some highly-qualified mentors in Darren Turner and Jonny Adam who, along with Daniel Serra, won the 24 Hours of Le Mans for Aston Martin this summer.

…and the car of choice? It’s the Aston Martin Vantage GT8; the very same car that won its class at this year’s Nürburgring 24 Hours! pic.twitter.com/yMc6tgeDG7

“It is a real treat for me to take part in the race at COTA,” said Palmer. “I have a fantastic car, some great co-drivers and a top team behind me and we are going out there to try to win the SP3 class. It’s a fantastic circuit with some fast sections and some tight, technical corners and I know our WEC drivers enjoy racing there. I have no delusions of being the next Turner or Adam, but I’m grateful for all the advice I can get from the professionals. Our plan is to emulate the motto of another Aston Martin racer, Nicki Thiim… ‘Go hard or go home’!”

Palmer’s teammates all have strong links to Aston Martin. Famous for the “Great British Bake Off” TV show, Paul Hollywood gets his kicks racing an Aston Martin Vantage GT3 with Beechdean AMR in British GT and Peter Cate has raced for Aston Martin many times, most notably taking a class win in the GT8 at the Nürburgring 24 Hours this year. John Hindhaugh normally watches races from the commentary box, providing the words for Radio Le Mans, but this weekend will drop the mic, don a race suit and jump behind the wheel.

Toyota and Tanak happy with a perfect weekend in Finland