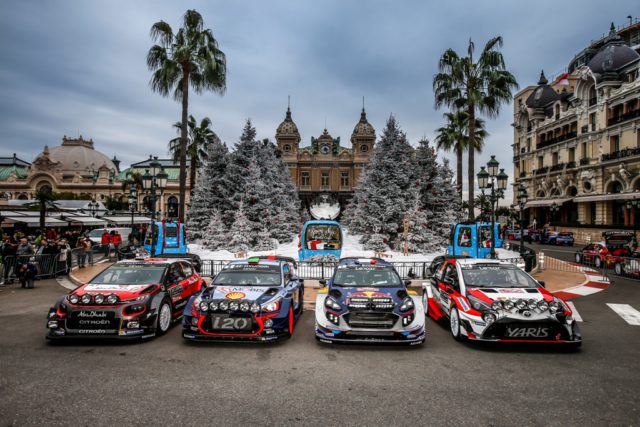 The 2018 World Rally Championship (WRC) is to launch at Autosport International ahead of the season-opener in Monte Carlo a fortnight later. It is the first time a top-tier FIA World Championship will have a launch at the show in its 27-year history.

All the leading WRC drivers, co-drivers and team principals will be in one place and on hand to talk about the 2017 championship

They will share their opinions on what the new season will bring across all four days of Europe’s biggest pre-season motorsport show. The event will take place at the NEC Birmingham from 11-14 January 2018.

Each manufacturer team contesting the 13-round 2018 season, M-Sport, Hyundai, Toyota and Citroen will parade their 2018 rally cars on the Autosport main stage. This will be on Thursday of Autosport International in what will truly be a WRC takeover day. All of the cars will remain on display at the show throughout the weekend.

Recent Wales Rally GB winner Elfyn Evans supported the launch. “The Autosport show is something that, certainly the likes of myself, Kris [Meeke], Craig [Breen] and all of our co-drivers, have grown up with”, he said. “It’s a good show in its own right. There’s a bit of everything from across all aspects of motorsport and for the World Rally Championship to be right at the heart of that is very good news.

“I’m looking forward to it. It’ll be good to do something a bit different and it’s a great chance for the fans to come over and have a look – it’s good for Britain to have a second major event in the WRC season.”

M-Sport Team principal Malcolm Wilson is happy to see a high-profile boost ahead of the opening round for the WRC.

“I’ve been going to Autosport International since it began and it really is seen as the start of the season. So to have an event with this sort of global reach is fantastic for the World Rally Championship. Coming at it from the other side, I’ve always championed more rally content at Autosport International. And next year we’re going to have more than ever!” 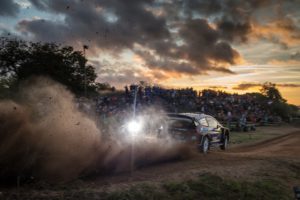 Visitors will be able to get up close to the cars, drivers and team personnel who will be at the show. Some of them will also be on the stage, where they will talk about the championship.

A dedicated WRC stand at the show will be the perfect place for rally fans to get up to speed ahead of the 2018 WRC season, which begins in Monaco’s Casino Square two weeks after Autosport International. The Dayinsure Wales Rally GB stand will also form a significant part of the rally celebrations at the show, with cars and drivers from both the world and British Rally Championships present.

“The launch provides a wonderful opportunity to showcase the 2018 WRC, featuring the impressive World Rally Cars which have proved such a massive attraction to fans this year, and all the leading drivers from our manufacturer teams.

“Thursday at the show will truly be a WRC takeover. But fans attending later in the weekend will still have the opportunity to whet their appetite for the season ahead as the cars will remain on display and there will be plenty of driver appearances.”

BREAKING: The 2018 @OfficialWRC season will be launched at #ASI18!
All competing WRC teams, drivers, co-drivers and team principals will be present at #ASI18 during the four-day event pic.twitter.com/zwENBIw2WA

Grosjean: The tires are still what they were last year, as you push, you...