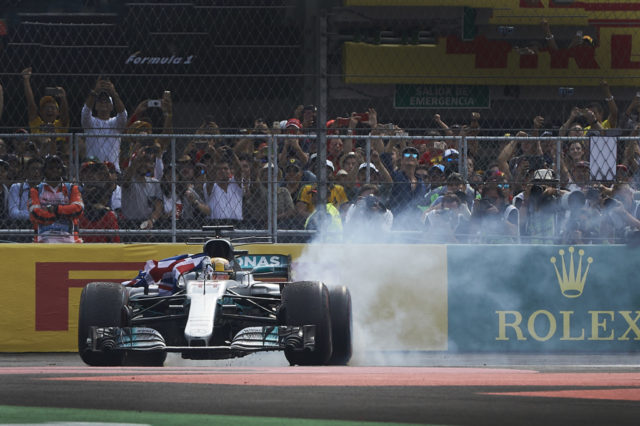 Lewis Hamilton took his 4th world title in Formula 1 at the Autodromo Hermanos Rodriguez. Here is what he said afterwards of that great achievement.

“Honestly, it doesn’t feel real. Obviously, that’s not the kind of race that I want, when you’re 40 seconds behind or something. I kept going right to the end. Just a big thank you to my family, to my team – Mercedes have been incredible for the past five years and I’m so proud to be a part of it.” 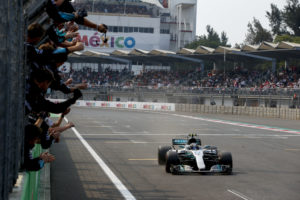 “Obviously there’s a lot of emotions”

“I would love to start by thanking my team. Mercedes signed me when I was 13, alongside McLaren and obviously I had exceptional years with McLaren, they will always have a special place in my heart. Meeting Ron [Dennis] when I was 10, telling him that one day I wanted to be a World Champion in his car, and him giving me that opportunity, wherever he is today I hope he knows how grateful I am for that.”

“And then moving to this team, people thought it was a big risk, and gamble, but I had 100% belief in my heart, that it was the right thing to do. Even if in the beginning it may have been difficult, I knew at some stage we would have this kind of success. Then, just to see the team grow. It’s trickled down from the top, with great bosses, great board members who support the team one hundred percent. So, to everyone back in Stuttgart, a big, big thank you.”

“The guys back at Brackley and Brixworth, those guys. I mean, when you go there and see what’s happening, see all these great creative minds working day and night to do something firstly, that they love, that they’ve worked for years, and then to see this beautiful piece of art come together in December and January, and I’m one of two people that get to go out and test drive it, it’s the greatest feeling in the world.” 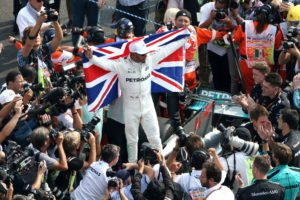 “Whilst it’s difficult to overtake, it’s still an awesome car to drive. Formula One cars should be faster than anything out there.”

“This week I’ve just been reminiscing a lot about where I came from. Growing up in Stevenage, dreaming of one day being in Formula One. And where I am now is way beyond my imagination. I think dream big is definitely something we should all do – but to be four-time World Champion… four definitely feels a lot better than three, and four is my number, obviously.”

“Through the race, I was just thinking to myself, ‘Still I Rise, just don’t give up”

“To never give up. I was going back to when my Dad put me in the boxing ring when I was young and this kid beat the crap out of me. My nose was bleeding and I didn’t want to go back in, and it felt very, very similar to Turn 3. I got the puncture. I could have easily resorted to giving up, making mistakes. But I remembered that moment.”

“I was like ‘I’m not going to give up, I’m going to keep pushing, even if I’m 40 seconds behind, I’m still going to give it everything, so that when I cross the line I can be proud of myself.’ And I definitely am.”

“In life, in the heat of the moment, when you’re going through difficult times, or even good times, you wonder how much further to push. Do you stop, do you turn around, do you turn left or right and go a different direction? I think it’s just that when you eventually get there you realise it was all worth it. Just doing it your own way and finding your own way I think, it’s a day like today, when you win a Championship, in front of so many people, it just solidifies your belief in yourself and your families belief in you, and what they stand for.” 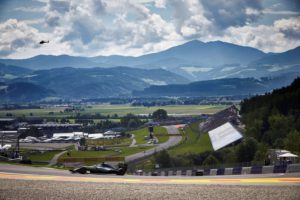 “So, I’m proud of all my family and it’s crazy to think that I’m continuing to stamp the Hamilton name in the history books”

“Beyond my time there will be kids that will know the name and that’s probably what I’m most proud of. I can’t even tell you what my Dad did to help me get where I am today. No matter how many wins I get, no matter how successful I am, I can never pay that back.”

“But, I just try and grab it with both hands, the opportunity that they’ve provided me and know also that there’s a lot of kids, a lot of people around the world, that are watching me, whether it’s for inspiration or for guidance, and so I’m trying to be the brightest light I can to shine that in their direction.”

“It’s really about not listening to people who try to tell you what to do. It’s about you finding your centre and your core. Because we’re all different and we’re all unique in our own way, we’re all bright stars. I hope my winning the fourth time, World Champion from Stevenage, is a testimony to show that you really can do something from nowhere. I hope one day I’m able to help find the next me. Because he’s somewhere out there.” 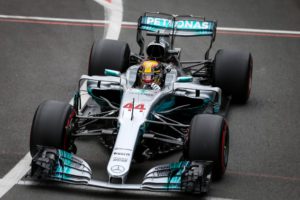 “I think at the moment it’s too far out of reach, it’s like I’m in space…”

“It’s not registering at the moment. That often happens when you win a Championship. Of course, there’s all the energy from all the people around you and you’re riding on Cloud Nine but it takes a while for it to really, truly sink in.”

“But when I think about everything that’s gone on this year, the past two years, and everything that’s had to be put in place to produce the results we have today, while I’m sitting here on my own, there’s over a thousand people who backed me up, who lift me up, who create the machine in which I’m able to exploit my talents, my abilities and for that I’m just so grateful.”

“I wonder how many people in here thought it was the worst move to go to Mercedes?”

“Of course it’s been years already before you’ve changed your opinion – but isn’t it cool? Isn’t it cool to see someone take a risk like I did and it to come out the way it has? I’m really, really happy about it and proud of all the people that have helped me achieve it and looking forward to the future.”

“I think every battle has been difficult, different in its own way. Of course, if you look back to 2015, consistency was good and obviously, it came in a different way. Still, I think individually, it felt challenging on a personal level – but I think this year is a Championship of which I’ve been hoping for, a little bit like 2008, where you’re fighting another team, fighting this historic team, which Michael raced for and won Championships in.”

“Red is my favourite colour, so it’s such a beautiful car to see on the track – but to fight it with a silver sword, it’s like the master sword, you want to say. I’m really proud of that and to be able to battle someone else who is a four-time World Champion, who’s got great skill and a team that also knows how to win Championships, to extract the most from my guys, to compete with that.” 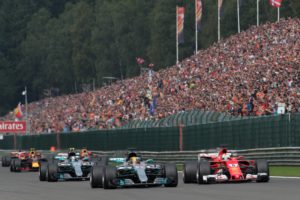 “That’s how every Championship needs to be, and I hope there are more Championships like this one where we have this tough battle”

“Fighting the other teams is what we want to see. I remember growing up watching Formula One and that’s what I wanted to see.”

“Definitely, it’s kind of cool to be in this battle with Sebastian Vettel. He got 50 poles and I’m kind of like, I don’t want to give him any more poles because he gets closer to me. That’s inspiration to keep pushing it, you know? Then the same with wins, same with Championships and so then I see him sign for another three years with Ferrari and I’m like, Ferrari are not going to like me for the next couple of years.”

“But it’s OK because we’re going to make it as hard as it can possibly be for them to win Championships. But I really am looking forward to that battle with them. They’ve been such a great team this year, it’s been great to see Ferrari back on form and as I said, I really hope others join that battle.”

“We’re all going through different things. But I truly believe that we’re all destined for greatness” – @LewisHamilton​#4TheTeam #F1 pic.twitter.com/H7JrsEwa7Q

Fernando Alonso to race at Indy 500 with McLaren, Honda and Andretti Autosport

Hulkenberg: In Brazil it’s all about confidence, especially the in-field middle sector

2019 WTCR heads to Malaysia for day and night spectacular