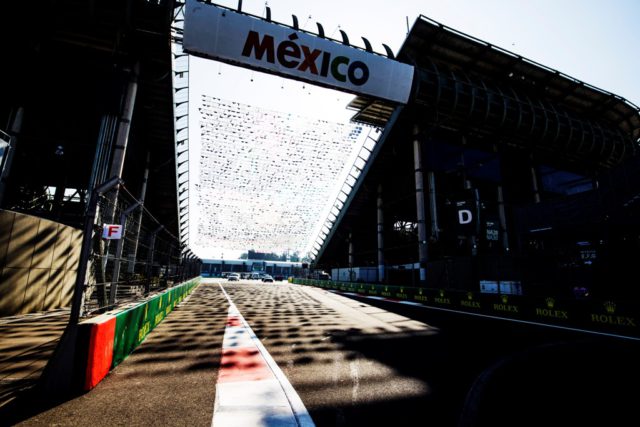 Temperatures increased significantly to the beginning of the second session. That of the air was already 22 degrees, and on the track – 43. Right after the start of the session, Stoffel Vandoorne was on the track. The Belgian did not drive at all in the previous 90 minutes.

The Haas drivers had the first fast laps in FP2 but soon it was the usual suspects at the top of the table. Red Bull and Ferrari did not work with the ultrasoft compound in FP1 so it was interesting to see what their pace would be. That question got its answer a bit later because Romain Grosjean crashed. Rear left tyre on his Haas blew up at the end of a quick lap. The French driver went back to the pits but that meant even more debris scattered along the track. Race control stopped the session to give the marshals am an opportunity to clear all up.

Later Sebastian Vettel had a strange incident. He called his team that something had burst in the cockpit and there was something like acid. He thought it might be the fire extinguisher. Vettel managed to get back to the garage where he changed the overall, while Ferrari put a new fire extinguisher in the car.

Half an hour before the chequered flag it seemed that Pierre Gasly would not appear anymore on the track. This meant that the Frenchman would have a minimum training of just 10 laps before Saturday.

At that time, the teams focused mainly on long series in preparation for the race. However, the session ended earlier than expected for Verstappen due to a problem with the power unit. This will not affect the Dutchman for the rest of the weekend as it was a Friday unit, but it still shortened his preparation.

Sainz: It’s been an education for me to come to a manufacturer team

Mustang destined for scrapheap gets new life as high-end watches