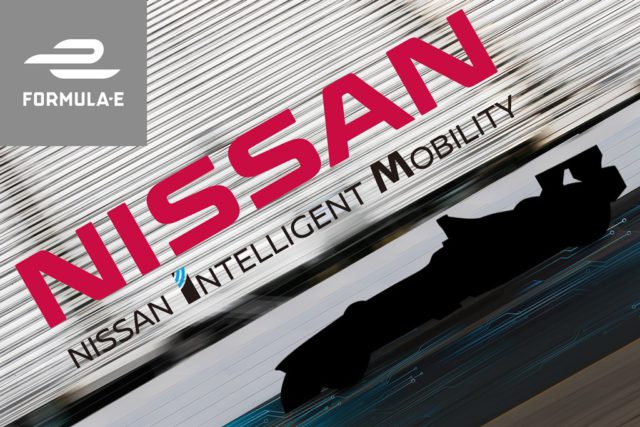 Nissan will become the first Japanese automotive brand to compete in Formula E. It will enter the championship in 2018/2019. The company made the announcement in Tokyo where it demonstrates its electrification acceleration.

“To have a name like Nissan coming on board is a momentous day for the series”, Agag said.

“Not only is it great to welcome a new manufacturer to the Formula E family. It’s great to see our first Japanese manufacturer entering the frame, showing truly how global the electric revolution is.”

.@Nissan is joining the @FIAformulaE championship. The makers of the world’s biggest selling EV will race around the world from late 2018 pic.twitter.com/I1IIN9Pwoe

Currently, 10 teams participate in the championship, while races take place on temporary street circuits in some of the biggest cities in the world. The fourth season will start in early December 2017, with a race weekend in Hong Kong.

Since its inaugural season, the championship has grown year-on-year and a variety of teams, faces and places appeared in the world’s first all-electric single-seater series. Now, rapidly approaching the start of its fourth season, there are more exciting changes on the horizon.

“Formula E is becoming a destination for some of the best drivers in the world”, Agag says. Season Four welcomes in four new faces to the grid. They are endurance drivers Andre Lotterer and Neel Jani, as well as former Italian IndyCar driver Luca Filippi and experienced DTM pro, Edoardo Mortara.

Meanwhile, the cars will benefit from an additional 10kW of power in race mode, which will make the competition even more exciting. Increasing the power output from 170kW to 180kW means either faster or longer races for Season Four, showcasing how Formula E technology is advancing the development of electric road cars.

The IMx is an all-electric crossover concept vehicle. It offers fully autonomous operation and a driving range of more than 600km.

The innovative concept vehicle provides a glimpse into the future of Nissan Intelligent Mobility. At the core of the IMx’s technological features is a future version of ProPILOT that offers fully autonomous operation. When the driver selects ProPILOT drive mode, the system stows the steering wheel inside the dashboard, while reclining all seats, giving the driver more space and allowing the vehicle’s occupants to relax and enjoy their commute. When Manual drive mode is on, the vehicle returns the steering wheel and seats to their original position. Then it seamlessly transfers control back to the driver.

Michelin equipped for the shortest circuit on the calendar

Hyundai to take Rally Turkey one stage at a time