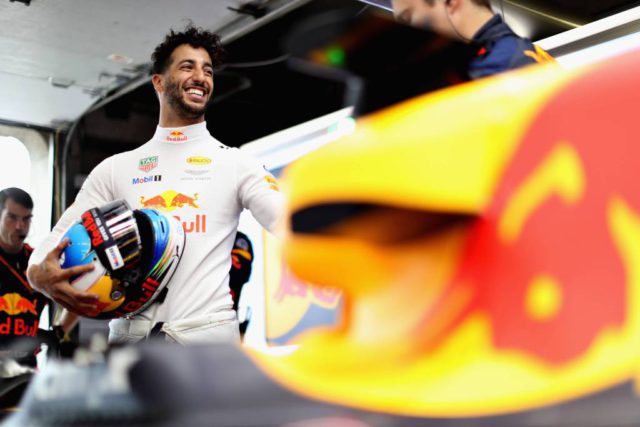 Daniel Ricciardo admitted that the Baku street circuit does not really suit the Red Bull car, but according to him there still are opportunities for the team.

“The track was fun so I’m looking forward to having another go on it. Another street circuit is exciting for me as I really enjoy those types of tracks. It doesn’t suit our car that much but there are a lot of opportunities for things to happen. I think the circuit is definitely as tight as it looks and has a lot of corners, unlike any others on the calendar. There are a few interesting lines past the castle which add to the toughness and is definitely a section of the track like no other. The straight is so long that it gives you time to think, which is nice as the corners are technical and you really need to concentrate”, Daniel Ricciardo explained.

“This year I want to try and see the city more and get out to explore. Our hotel is so convenient being basically on the circuit but it means you don’t go out of that area too much and become a bit complacent. The view from the top of our hotel was awesome, from the gym you could see the entire city and track which is pretty unique.”

Daniel Ricciardo admitted that the Baku street circuit does not really suit the Red Bull car, but according to him there still are opportunities for the team

Max Verstappen did not finish the race in Canada and hopes this will change in Baku.

“Baku, in my opinion, is quite a special street circuit. It’s really unique in terms of having quite wide sections but also some of the tightest parts of track on the calendar. Sector 2 is tighter than parts of Monaco which have always been regarded as really narrow and challenging. When you drive up into the old town and past the castle, it is fun and tricky but also amazing to watch as a spectator. That section of the track is my favourite, the straight is quick but seems to go on for a long time and gives you a chance to relax a bit”, he said.

“As the hotel is really nice and new as well as being situated right next to the paddock I didn’t manage to get out and have a look around last year. The old town is fun to drive so I think I should try and get up there one evening this year and see what else it has in store.”

World première for Mercedes-AMG Project ONE at the IAA

No time to change between gym and car? Ford has a solution – the...