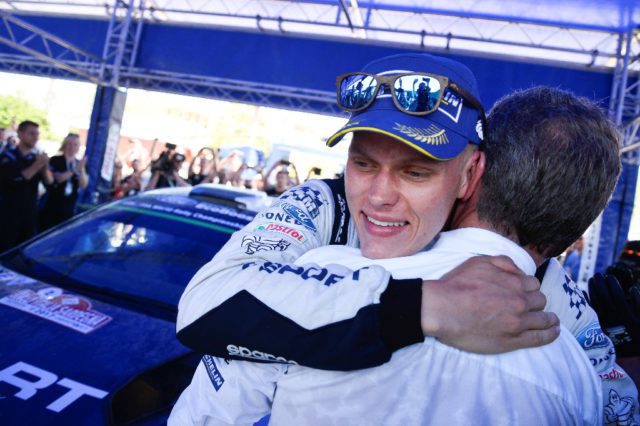 Ott Tänak has long been a part of the M-Sport family and, following the announcement that he and co-driver Martin Järveoja will be journeying to pastures new next year, the whole team wished them both the very best in their new adventures.

Tänak first came to Malcolm Wilson’s attention in 2009. He was nominated by former team driver and mentor Markko Märtin to pilot the Ford Fiesta R2 on the Estonian leg of its global launch tour. Tänak was quick to impress and was signed up to a development programme with M-Sport. 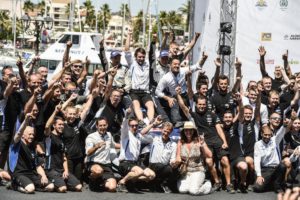 In 2011, the Estonian made his debut with the Ford Fiesta S2000. He competed in the Super 2000 World Rally Championship. Ott racked up an impressive five podium finishes and three outright victories.

The young Tänak impressed on both outings. He claimed sixth place overall in Wales. Then he set a blinding pace in France to secure a podium finish on his first asphalt rally with the top-specification Fiesta.

In 2012, Tänak earned himself a full season with the Fiesta RS WRC. A year of highs and lows followed, but the Estonian’s pace was clear to see – a string of fastest stage times proving that he had the speed to match the world’s best and he secured a maiden podium at Rally Italia Sardegna.

Taking a year out from the Championship in 2013, a matured Tänak returned to the world stage in 2014. A WRC 2 campaign occupied the majority of his season. But the Estonian also returned to the Fiesta RS WRC for three events. He set fastest times and ran as high as second overall at Rally de Portugal.

Ott proved his worth to Wilson for the second time. Then he was swiftly recalled to join the M-Sport squad for another full season in 2015 and encountered another year of highs and lows.

Once again, Wilson could not let go and offered the Estonian another full season as part of the newly formed DMACK World Rally Team. Here, Tänak showed flashes of brilliance – proving that a rare third chance had not been a mistake.

Missing out on a debut victory in the cruellest of fashions at Rally Poland, Tänak won the hearts of the fans and was voted 2016’s Driver of the Year

That performance also saw Tänak take a prime position for 2017. He had an instrumental hand in the development of the new-generation Ford Fiesta WRC.

Gifted with a talented technical mind – as well as impressive driving skills – the Estonian proved the perfect man to develop the new Fiesta. And the car has excelled on every surface to lead the way in both championships.

Hard work finally paid off. Tänak claimed his maiden victory on the gravel tracks of Rally Italia Sardegna. Another victory on the asphalt quickly followed – at Rallye Deutschland. Currently, he holds second place in the drivers’ standings.

“It is with a heavy heart that the team say goodbye to Ott and Martin who have been such an important part of our success this year. There’s arguably been no other driver who I have put as much faith in – or given as many chances – but I recognised his potential straight away.”

“He has always been quick. From the moment he first came to my attention there was no doubting his speed, and in recent years he has developed into the full package – a rally winner and a potential championship contender.”

“It’s not easy to say goodbye, but it’s time for Ott to experience pastures new and we wish both him and Martin the very best for the future. Until then, there remain two very important events and I know that Ott and Martin will be giving their all to end their time with the M-Sport family on a high.”

Audi at Design Miami: exclusive experience of the stages of technical development