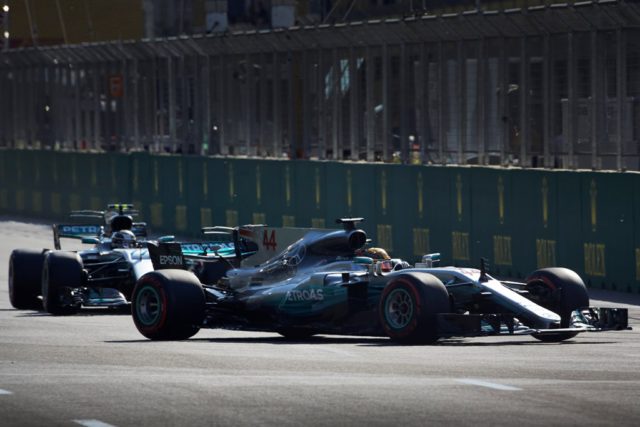 The Hybrid duty cycle. It’s a well-known term to those within the confines of Formula One engineering rooms. But outside of those bubbles, it’s not something you’ll often hear mentioned in the paddock. The advent of the Hybrid Formula One Power Unit in 2014 introduced MGU-H, MGU-K and ERS to the F1 lexicon – but ‘Hybrid duty cycle’ never quite went mainstream as turbo power returned to the grid. Mercedes helps in understanding what exactly that is.

The basic principle of the Hybrid system is to utilise the full potential of the energy available from the fuel while harnessing energy from the MGU-H and MGU-K to propel the car around the race track as quickly and efficiently as possible. And it is each team’s job to optimise this combination at every track so that the car can deploy the harvested energy for as long as possible around a lap while achieving the maximum available power from the ICE.

However, the nature of a lap varies significantly from one venue to the next. Circuit length and layout, quantities of slow and fast corners, altitude and elevation changes, driving style and tyre condition… all of these have an impact on how the process of harvesting and deploying the Hybrid energy happens. This is what the Hybrid duty cycle refers to – how a car efficiently cycles energy through its ERS system and ICE.

Drivers are permitted to harvest a maximum of 2MJ per lap of energy into the Energy Store via the MGU-K. It is measured by FIA homologated sensors as it enters the batteries. Energy can also be recovered via the MGU-H (heat energy from the ICE that would otherwise go to waste). Over a single lap, the maximum amount of energy that may be deployed from the Energy Store to the rear wheels is 4MJ. In other words – an additional 161 hp for approximately 33 seconds per lap.

Drivers are allowed to recover the same amount of energy at every circuit. But each track has different power sensitivities, fuel consumption levels and harvesting opportunities. At longer circuits such as Spa or Baku, for example, the necessary harvesting can be completed comparatively easy. On a shorter layout, however, it can be much tougher to complete a full harvest – and teams must work that bit harder on the efficiency of their Hybrid duty cycle.

Spielberg, the next stop on the F1 calendar, presents one of the toughest of those challenges. The Austrian circuit is very short – just 4.309km in length – but also very high on ERS duty. It’s a high power sensitivity circuit, with a low number of corners, multiple straights and several acceleration and braking events – a configuration that increases fuel consumption. But the real trick here is getting the Hybrid energy system to maximise the harvesting and deployment potential.

In Spielberg, the drivers need to harvest at every opportunity

But they’re deploying it just as regularly. With 33.3 seconds of boost to be used in a 68 second lap, they can take advantage of that extra power for almost 50% of the lap – if they get it right. And with lap times set to fall yet further under the new regulations introduced for 2017, that percentage will rise yet further.

In the on-track battle, managing this correctly could make all the difference when attacking or defending. The first sector in particular, with the long climb up to Turn 3, is an area for which the driver must ensure they have sufficient Hybrid power to optimise their speed. Too little electrical energy at this point would leave them highly vulnerable to attack.

This particular circuit sits at a higher altitude than most. The low atmospheric pressure places a different kind of strain on the Power Unit. And it impacts its overall efficiency. While altitude has a notable effect on baseline ICE performance, it does not have the same influence on electrical power. That makes the Hybrid element of the Power Unit all the more potent and that Hybrid duty cycle all the more crucial.

On a typical lap of Spielberg, the MGU-K and MGU-H are both pretty busy, increasing the ERS duty

As a result, the batteries in the Energy Store get hot. That means there is an additional cooling requirement to consider too. What’s important to understand here is that each circuit has its own specific requirements and limitations. That is why so much work goes on back at Brackley and Brixworth ahead of each race. The teams need to ensure that the duty cycle is optimised for every particular Grand Prix weekend.

With the Austrian Grand Prix fast approaching, the team won’t be the only one working to ensure that the Hybrid duty cycle is at least mainstream in the thoughts of those impacted by it. And with the title battle so finely poised and every last detail potentially making that crucial difference, who knows? It might finally get a mention in the paddock after all…