Rally Poland is based in Mikolajki, a small tourist town in the lakes region, near to the borders with Lithuania, Belarus and the Russian exclave of Kaliningrad. The route includes extremely fast gravel roads, which wind their way through the fields and forests of the surrounding countryside. The stages are predominantly narrow and the sandy road surface breaks up quite quickly: an additional challenge for the drivers, who have to cope with deep ruts on the second passes.

Consisting of 23 stages run across 326.64km, Rally Poland will be the fifth gravel outing of the season.

Mikolajki, several hours north of the capital Warsaw, will serve as the rally’s base. It will host the start and finish, as well as a Super Special stage next to the service park that is run three times throughout the weekend.

After Thursday evening’s curtain-raiser, Friday’s format is unchanged from last year. The action will comprise of two loops of four tests to the north-east, before a repeat of the Super Special stage duels – meaning a total of 116.16km of ground covered on the event’s second leg.

Saturday sees the action head north for four stages that are driven twice, before a final pass over the Mikolajki Super Special Stage.

Sunday will feature four final tests, amongst which will be the Paprotki Power Stage, a new addition to the 2017 schedule.

Rally Poland is the world’s second oldest rally, just behind Rallye de Monte Carlo. Created in 1921, the event featured on the very first World Rally Championship calendar in 1973. A long wait then ensued until 2009, when Rajd Polski made its return to the world scene. Following another break until 2014, Rally Poland now seems firmly established on the WRC calendar. Much to the delight of the thousands of fans that flock from throughout Eastern Europe to witness the breathtaking spectacle of the World Rally Cars flying past a full speed. 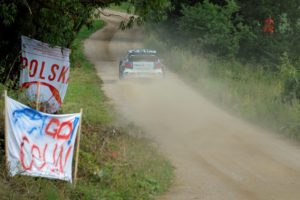 Poland’s long rallying heritage is maintained with the 74th running of Rajd Polski (Rally Poland), held for the first time in 1921 and pre-dated only by Rally Monte Carlo. 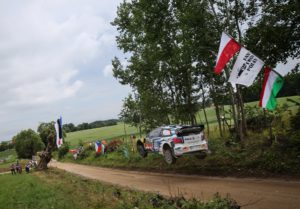 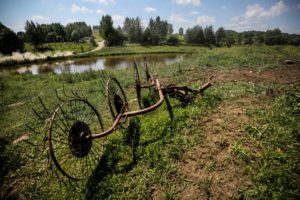