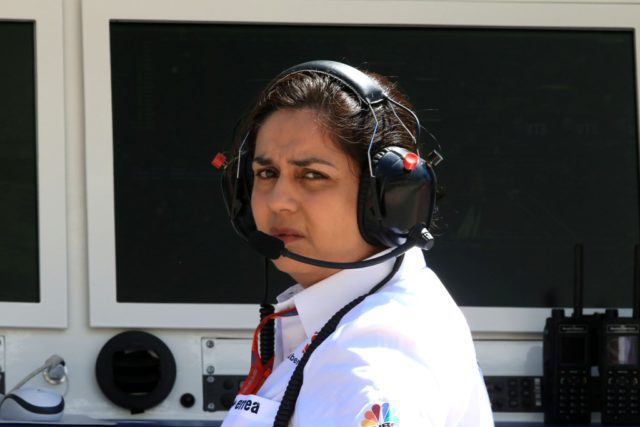 Monisha Kaltenborn leaves Sauber with immediate effect, the team confirmed. Rumours about her dismissal circulated in the media yesterday. The official confirmation arrived late last night in the form of a statement by the Chairman of the Board of Sauber Holding AG Pascal Picci.

“Longbow Finance SA regrets to announce that, by mutual consent and due to diverging views of the future of the company, Monisha Kaltenborn will leave her positions with the Sauber Group effective immediately”, the statement said.

“We thank her for many years of strong leadership, great passion for the Sauber F1 Team and wish her the very best for the future. Her successor will be announced shortly. In the meantime, we wish the team the best of luck in Azerbaijan.”

The board of the Swiss Formula 1 team released another statement in connection with reports of unfair treatment of their drivers. According to some reports, Kaltenborn’s dismissal was due to preferential attitude towards Marcus Ericsson.

“The owners and board of Sauber Motorsport AG take strong exception to speculative and widespread media reports that our race drivers have not been, and are not being, treated equally. This is not only patently untrue, it would be contrary to the team’s absolute and longstanding commitment to fair competition. These reports, attributed to anonymous “sources”, are highly detrimental to both Marcus Ericsson and Pascal Wehrlein as well as to the management and all staff of the Sauber F1 Team”, the statement read.

Sauber has only 4 points after 7 rounds from the 2017 Formula 1 World Championship. The team is ninth in the constructors’ standings. Only McLaren is behind the Swiss team with no points at all.

Wehrlein missed the first two rounds this year due to an injury. He sustained it during the Race of Champions in January. In the 5 race weekends he drove together with Ericsson the German outqualified him by 4:1. He also won the only points of the team – in the Spanish Grand prix.

Norris: Driving these cars does take a bit of time to get used to

Fifth place in Berlin a bittersweet pill for NIO