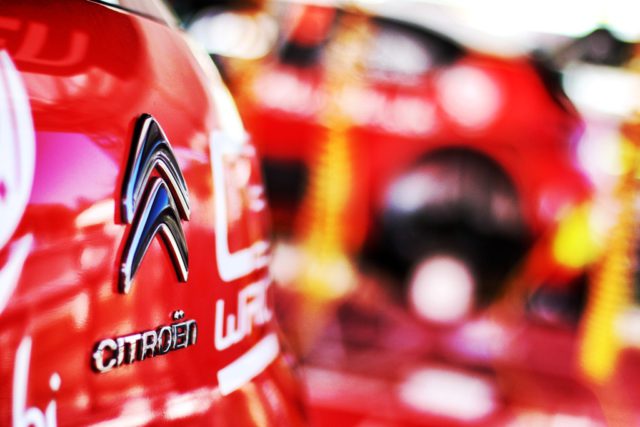 Three C3 WRCs have been entered by the Citroen team for the Italian round of 2017 World Rally Championship. The target for Rally Italia Sardegna is modest for a team with five wins there since 2005 (Sebastien Loeb in 2005, 2006, 2008 and 2011 and Miko Hirvonen in 2012). Team principal Yves Matton wants two cars in the top 5, which proved a difficult task for his crews in the six rounds until now.

“We have decided to keep the same modest goals for this rally: we have asked our crews to ensure two cars to finish in the top 5”, Matton said.

“Obviously, the fact that Andreas Mikkelsen is competing at this event for us has caused a lot of excitement and expectation. But after just one day of testing, it is impossible for him to know the C3 WRC inside out. He will therefore be free to race according to his feeling in the car and adapt his pace accordingly. His road position for the first leg will be very beneficial, but he won’t be the only one. Kris Meeke will also have a great chance.”

Citroen team principal: “We have decided to keep the same modest goals for this rally: we have asked our crews to ensure two cars to finish in the top 5”

The most consistent of all Citroen crews in the six rallies up to now were Craig Breen and Scott Martin. With four 5 places (in Monte Carlo, Sweden, Corsica and Portugal) the Anglo-Irish duo ranks seventh (on 43 points, leader Sebastien Ogier has 128) in the overall standings – the team’s highest ranked crew. In Sardinia, Craig will once again have to cope with very limited knowledge of the roads. As a result, another top-five finish would be an entirely satisfactory performance.

“Like Argentina and Portugal, pretty much all of this rally is going to be new to us”, Breen pointed out.

“I did recce in 2016 and we did some testing in Sardinia a few weeks ago. But that’s still not very much. To try and compensate, I prepared meticulously for this rally. For example, viewing on-board footage has helped us to spot the largest pitfalls and trickiest sections. After a series of fifth places, I’d be delighted to get the same result in Sardinia, before tackling more familiar events such as Poland or Finland. I’d like to say welcome to Andreas; we don’t know each other very well at the moment, but I’m looking forward to working with him!”

Alonso: Sochi is a fun circuit with a very interesting and unique layout