Following rounds in Argentina and Portugal, the WRC visits another country where rallying is practically a religion. Italy drivers and manufacturers have a key role in the history of the World Championship. On the WRC calendar, Rally Italia Sardegna replaced in 2004 the legendary Rallye Sanremo. The competitors were introduced to road surfaces and conditions that were very different to those on the Italian Riviera.

On the Mediterranean island, the stages are incredibly demanding, for the drivers, cars and tires alike. Thick vegetation surrounds the narrow and twisty gravel roads, hiding the large rocks that the drivers are well advised to avoid hitting with their wheels. As the ground is invariably covered with a thick layer of sand and dust, the running order tends to be of critical importance on the first pass on the stages. The challenge is different again on the second run: the drivers have to cope with ruts that become deeper as more cars complete, as well as the bedrocks that can become exposed… almost anywhere! Bearing in mind that temperatures may approach 30°C during the weekend, it is easy to see why many crews are apprehensive about this seventh round. 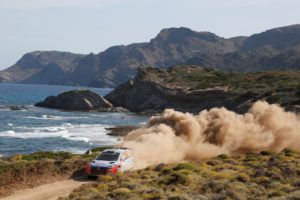 The rally base and service park are situated in the west coast town of Alghero once again. It is near to this location that the rallying begins on Thursday evening, with the running of a Super Special Stage at the Ittiri Arena, before crews overnight in Olbia on the opposite coast.

Friday features four stages run twice across a total of 125.46km, including the return of two classic rough and rocky tests – Terranova and Monte Olia.

Saturday is the longest and toughest leg with 143.16km divided over six stages in the Monte Acuto region, while Sunday’s finale is identical to that of 2016, with two repeated stages covering 42.04km.

The Italian WRC counter has its origins in a mixed surface event based in Sanremo, known as the Rally of the Flowers, which was first held in 1928. It featured in the inaugural WRC schedule in 1973 and only moved to its current gravel format and location on the Mediterranean island in 2004.

Crews must be able to adapt their style for the loose and slippery gravel of initial stage runs, as well as the rutted roads that they will face during second passes. Just like in Rally Portugal, tire choice management could well prove crucial. 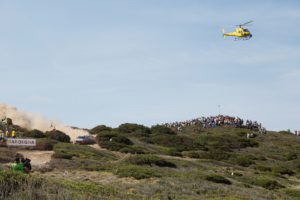 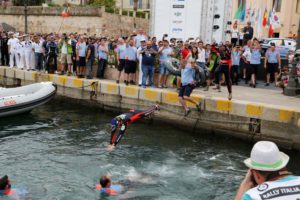 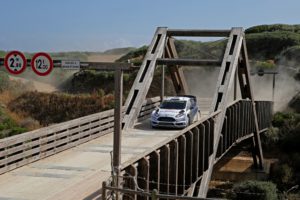 Ogier goes to the DTM

Nico Hülkenberg is determined to finish in the points in Shanghai

Vettel: It feels better winning in Bahrain, because we had the pace