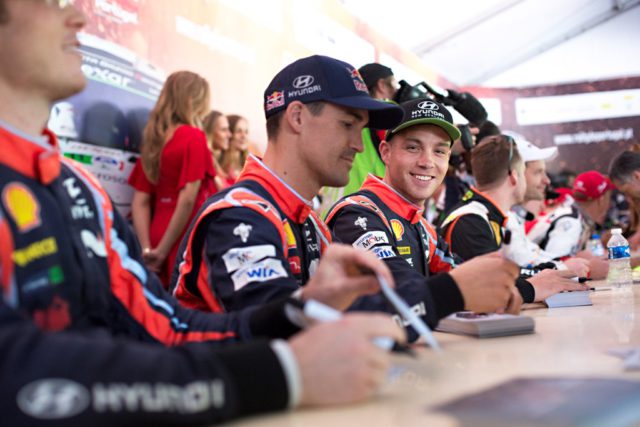 Hyundai driver Hayden Paddon explains the Rally Italia Sardegna characteristics and his expectations for the seventh 2017 WRC round.

How tough are the stages in Sardinia?

“It is a rally where there’s no room for error. The stages are a lot harder and rougher than some of the other rallies. They are also very narrow in places with a lot of rocks beside the road. The nature of the stages is similar to Argentina in many ways, but with more bedrock and rocks to make it that bit tougher.”

You’ve had good results in Sardinia in the past so is it a rally you like or loathe?

“It’s a special rally for me because I made my debut for Hyundai in Sardinia three years ago and I got my first podium there in 2015. But then last year we had the big crash so there are highs and lows. I enjoy all the gravel rallies I go to and Sardinia, being on the Mediterranean, is a beautiful island. You always get great fans, great roads and I love going there. The only problem is it can get quite hot in the car at times.”

What is the key to being successful in Sardinia?

“Really it’s about being smooth and consistent throughout the weekend. Of all the gravel rallies we do in Europe it’s not about outright speed. Sometimes you have to bring it back a couple of per cent and pick a good speed to get the car to the finish with no problems.” 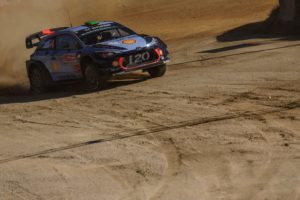 It’s known for being a hot rally. What do WRC drivers do to cope with the conditions?

“To be honest, you’ve just got to grin and bear it and get on with the job because it’s what we do. I’ve tried various methods in the past like heat acclimatization chambers and saunas, and it didn’t make any difference. My theory is the faster you go the more airflow you get through the car so you just need to keep your foot down.”

How much of a factor are car and tire preservation?

“It is a factor in Sardinia and we have to look after the tires more than anywhere else. The loops of stages are quite long as are the stages themselves, so you have to keep it in the back of your mind. You also need to be prepared to fix the car on the run.”

What testing will you do before Sardinia and does it help that this event comes off the back of Rally de Portugal?

“We did our test at the beginning of May in Sardinia where we defined our setup. We took a lot of information into Portugal, refined our set-up there and go back to this event with that.”

Lefebvre determined to get his campaign back on track in Portugal