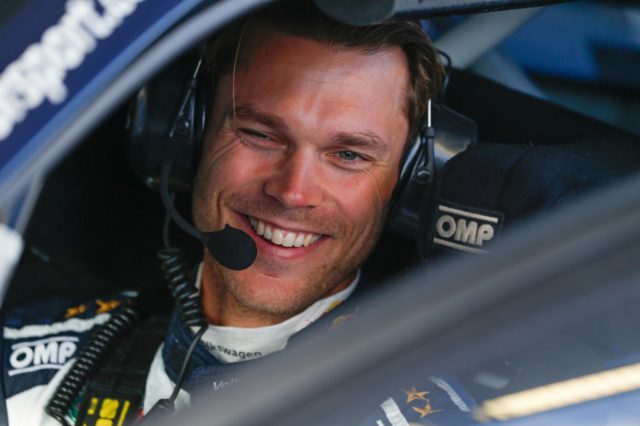 Andreas Mikkelsen will compete for Citroen at Rally Sardegna, the French team announced.

Citroen explained that its main target when returning to the World Rally Championship was to win rallies in normal racing conditions. Having scored one win, secured at Rally Mexico, this target has been partially achieved.

“The events of the first half of the season have nonetheless led to Citroen Racing studying the expansion of its driver line-up”, the team’s statement continued. “Andreas Mikkelsen is therefore set to compete on behalf of the team on a one-off basis at Rally Italia Sardegna. Having finishing third in the 2016 World Championship, winning two rounds in the process, but without a WRC drive this season, the Norwegian will be making his first appearance in the Citroen C3 WRC.”

Due to his appearance Stéphane Lefebvre will not be competing at Rally Sardegna. The Frenchman will take part in recce for the event, before focusing on his next competitive outing at Rally Poland.

“After the first six rounds of the season, it would appear that the Citroen’s results have fallen a little short of the targets set at the start of the year”, team principal Yves Matton commented. “At the same time, Andreas Mikkelsen has been actively looking for a drive in the WRC’s top category. We have therefore come to an agreement for him to compete at Rally Sardegna in one of our C3 WRCs. I think I can say that we are all delighted with this opportunity!”

“Andreas has a fair amount of experience at this rally, which is not the case for us since the team didn’t compete in Sardinia last year. Given his limited preparation, Andreas won’t have a specific target for the rally. We’ll be just looking for him to drive at a pace that is consistent with how comfortable he feels in the car. We would like to thank the FIA and Skoda Motorsport for agreeing to this change and Stéphane Lefebvre, who is giving up his place on this rally. This is not a sanction of any kind, nor does it call into question our investment in the young drivers. The decision is merely intended to maximise Citroen’s chances. Stéphane accepted that it was necessary to put the team first in this case. He will still be in Sardinia to take part in recce and will then be competing at Rally Poland.”

“It’s an open secret that I have been looking for a solution to keep competing in the top category of the WRC since the end of the 2016 season”, Andreas Mikkelsen said

“I’m therefore very happy to be joining the Citroen Total Abu Dhabi WRT at Rally Sardegna. Citroen has an impressive competitive record in the WRC. I’m delighted to be able to work with a team like this. In winning the season’s opening gravel rally, the C3 WRC has shown it has potential and it seems to be making regular progress. I can’t wait to get my bearings in testing and then start working on preparing for the rally. I’ll no doubt be short of running time in the car at the start, but the main thing for me is to be back racing in the leading category in a strong team. I would like to thank everyone who has worked to make this opportunity possible.”

Thank you for the warm welcome and the fantastic opportunity! Can’t wait for my first go in the C3WRC ! https://t.co/tLi1DQHNYJ

Marquez: That was the best way to seal the Constructors Championship