Formula E moves north and onto Paris for the sixth round of the 2016/17 championship. The roads around the historic Les Invalides play host to the French capital’s second all-electric ePrix.

It’s been just a week since the thrilling Monaco ePrix, making these the first back-to-back races in the series’ history. There will be plenty for the locals to get behind when the race starts at 4pm (local time) on Saturday, May 20. Renault and DS are among the Formula E manufacturers. GH Mumm and Michelin are official partners of the series. And there are four French drivers on the grid. 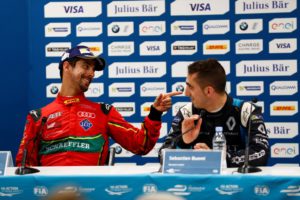 Sebastien Buemi returned to winning ways in Monaco, claiming his fourth win of the season by leading from lights to flag. He was chased all the way by Lucas di Grassi, but the Mexico City winner just couldn’t find a way by.

Nick Heidfeld made an excellent start to gain three positions off the line, and picked up a further two places when Jean-Eric Vergne and Nelson Piquet Jr collided to score his first podium since Hong Kong. Nico Prost charged up from the back of the field to finish ninth to remain third in points, while Maro Engel scored his best result of the season in fifth.

In the teams’ standings Renault e.dams is still well out in front, with Abt Schaeffler Audi Sport putting up the fight in second. Engel’s 10 points for Venturi means that it’s really closing up at the lower end of the teams’ championship, with just six points covering Faraday Future Dragon Racing, Andretti, Panasonic Jaguar Racing and Venturi in spots 7-10. 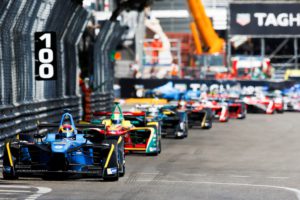 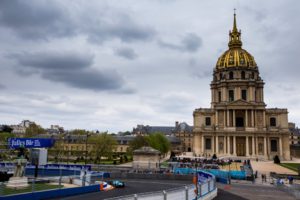 With the Eiffel Tower looming large in the background, and Les Invalides standing proud at its heart, the setting for the Paris ePrix could hardly be more spectacular.

The track is a challenging mix of corners, but more importantly, track surfaces. A compromise needs to be reached in almost every turn as the exit speed from one helps determine the entry into the next.

Last season Sam Bird claimed pole for DS Virgin Racing, but from second on the grid di Grassi got the jump and led into the first corner and held on to win. Vergne also squeezed by Bird and the two DS team-mates had a frenetic battle, which involved swapping paint at one stage! A small error by Bird ended the fun, and allowed Vergne to take second. Buemi completed the podium, storming back after a disappointing qualifying as he struggled to get heat into the tyres in the unusually cool conditions.

“Di Grassi in front, I want him!” “Yes, and you can take him!” – @JeanEricVergne with an excellent piece of team radio last year #ParisePrix pic.twitter.com/FTGN4JckOl 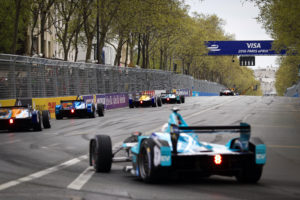 There is no shortage of potential race winners for the local to put their support behind. Both Renault e.dams and DS Virgin Racing will be keen to impress in front of their top brass and invited guests, while in the driving seat, Paris represents possibly the best chance yet for someone to emulate Sam Bird in Battersea and win their home race. Nico Prost and Jean-Eric Vergne have the strongest chance, but Stephane Sarrazin could be a dark horse given the pace Venturi showed in Monaco. It’ll be asking a lot for Tom Dillmann to fight for the win on his Formula E debut, but there’s no reason he can’t be in the mix for some points. 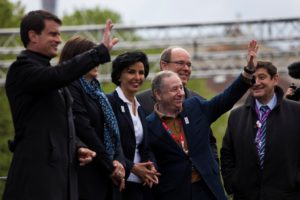 Paris is the capital of France and home to around 2.5 million people. This rises to over 12 million if you take in the whole of the Paris Region. That makes it the second biggest in the EU.

Despite its size and bustling traffic, the air quality of the city is rated as good to moderate, at 35-56 out of 500. The city has a number of initiatives to reduce traffic-related emissions. These include the total removal of diesel by 2025 and an overall reduction of fossil fuel consumption of 30 per cent by 2030.

France is the second largest generator of renewable energy in the EU, with most of this coming from Hydro electric and wind energy. The overwhelming majority of its electricity (78 per cent) is produced by nuclear power.