Spanning 357.59km across 18 stages, Rally Argentina sees crews compete on gravel for the first time since Rally México in March, for the first in a run of five gravel events.

Villa Carlos Paz will once again serve as the service park, situated 700km northwest of Buenos Aires and 30 minutes from the city of Cordoba.

The action kicks off with Thursday’s Super Special Stage in the streets of downtown Cordoba, before the crews head south on Friday for two loops of the speedy and sandy tracks of the Santa Rosa de Calamuchita valley. Both of these loops will end with another Super Special Stage, this time taking place in a theme park just outside Villa Carlos Paz.

Saturday serves as the event’s longest leg, as the Rally moves to the northwest Punita Valley for two identical loops of three stages, seeing teams clock up a distance of 160km.

Sunday’s final leg takes place in the rocky roads of the Traslasierra mountains and features classic stages such as the El Condór and Giulio Cesare tests.

A fixture on the WRC calendar since 1980, the rally has featured regularly ever since. The itinerary remains largely unchanged from last year’s edition, although there have been some notable alterations.

After four mixed terrain events, Argentina kick starts a series of five consecutive rallies on gravel, which will give all crews the opportunity to build up confidence on the loose surface. 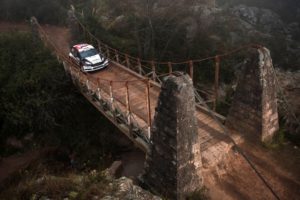 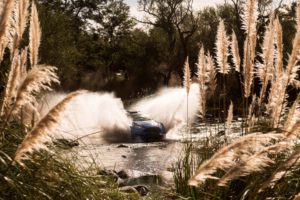 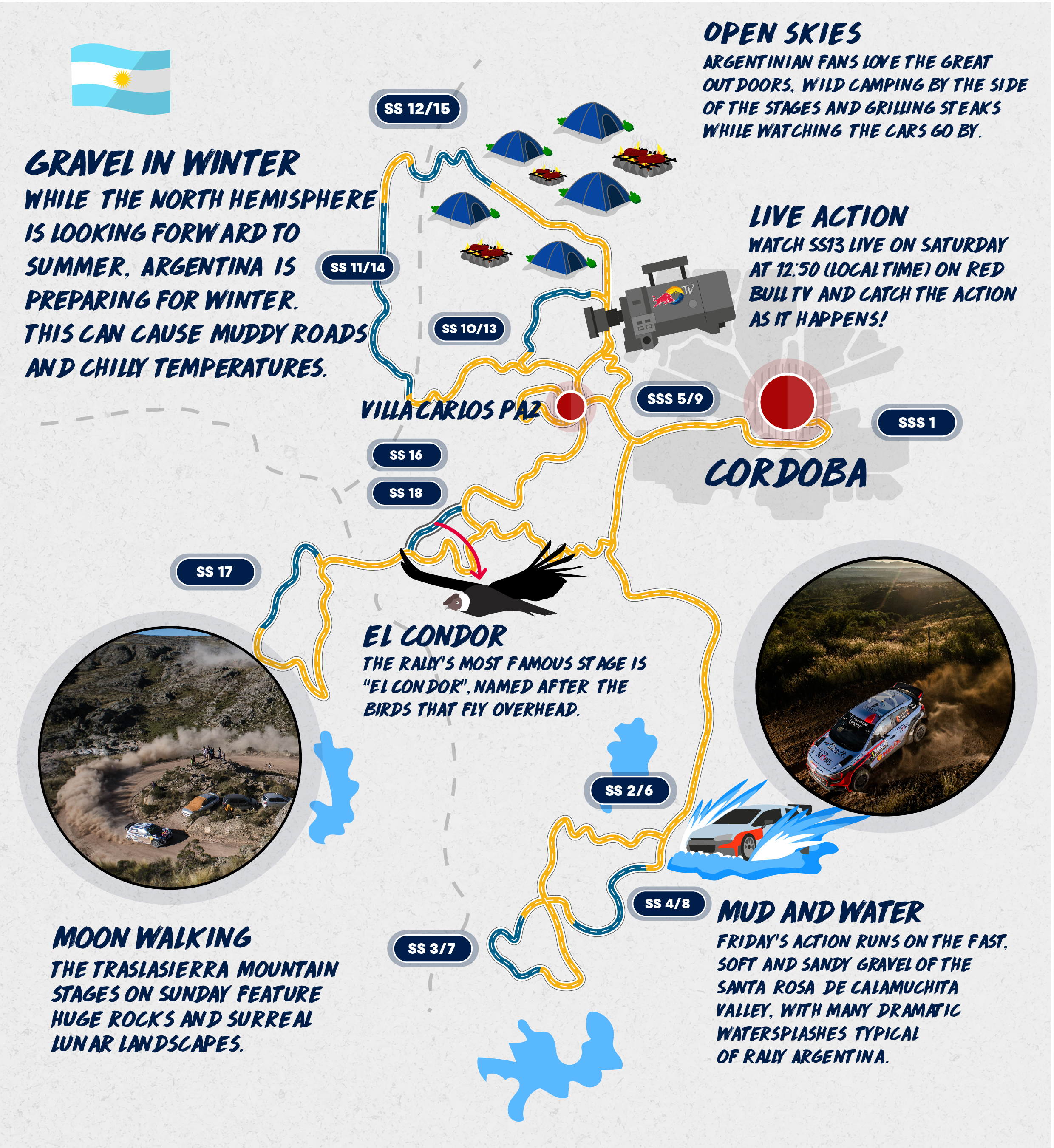